It’s best described as an industrial call, rhythmic and distinct. And it’s no small feat that the calls of the endangered eastern bristlebird are now commonly heard within the heathlands and forests of Booderee National Park, near Jervis Bay.

There’s few experiences as a national park ranger that can match the magic of getting up at dawn to survey an endangered species, and hearing their calls around you, according to Booderee natural resources team leader Dion Maple.

“It’s really enjoyable to go out at first light and hear this bird – it’s a really nice experience when you’ve got a threatened species you’ve been protecting, and to go out and hear them doing so well on your patch,” says Dion. 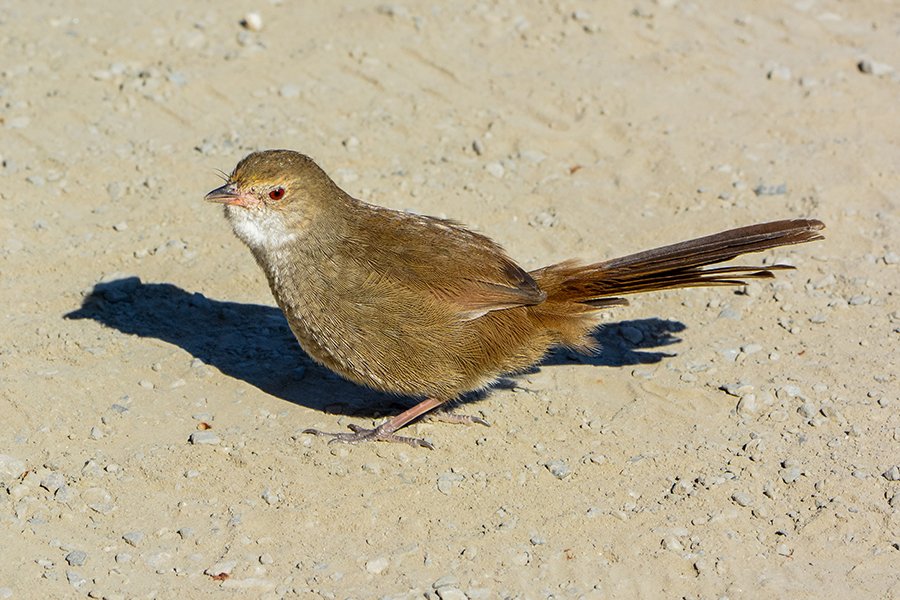 It may not be as well known as some of Booderee’s other protected animal projects like the popular southern brown bandicoot, long-nosed potoroo and eastern quoll translocations, but the eastern bristlebird has been an ongoing success in Booderee’s conservation efforts over the past few decades, he says.

“They used to be more widespread along the eastern coast in thickly vegetated habitats,” he says.

“But they declined because of predation pressure from introduced species like foxes and cats and habitat loss through human development, the spread of invasive weeds and road mortality.”

“Spring time fires are also an issue, because spring is nesting time for the species - which now has small, separated and less resilient populations.”

The small birds rarely venture more than a metre above the ground and don’t undertake long flights, making them particularly susceptible to predation.

They were listed as an endangered species in NSW in the late 1990s not long before Booderee began an intensive fox control program designed to conserve small mammals. This worked and also produced an increase and stabilisation of the local bristlebird population. They were listed as endangered by the Environmental Protection and Biodiversity Conservation Act (EPBC) in 2009.

“With effective fox control in place, the Booderee eastern bristlebirds increased in number to the point where from 2003-2005 some were translocated by the University of Wollongong to the Beecroft Peninsula, across the bay, to establish a new population over there.”

Controlling foxes has been key to their conservation in Booderee.

Dion and other staff are about to start their spring surveys of the eastern bristlebird. It’s one of the highlights of their work.

“We’re about to start our spring survey. We only survey in spring, summer and autumn, because they don’t sing much in winter.”

The park is separated into 10 transects, each about three kilometres long, and two surveyors separately record the number of calls they hear along each transect, noting GPS coordinates and compass bearing, and estimating their distance from the surveyor’s location.

“It’s a slow, obvious walk, and we’re listening very intently. We can’t do it in the rain because the landing rain drops are too loud… It’s obvious if the birds are close, but some we can hear up to 100 m away.”

“There is a real cacophony of birds in the morning so it can be tricky to hear them in the mix!”

Surveys have been undertaken three times a year since 2004.