Their return caps off an unprecedented year-long effort by our staff, supported by the Christmas Island community, to save our red crabs from deadly insect predators. 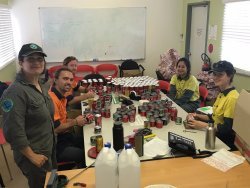 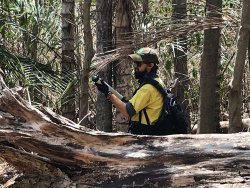 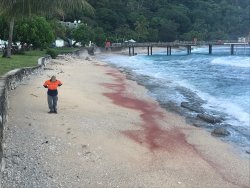 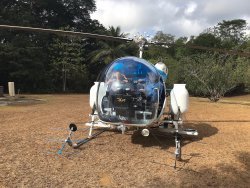 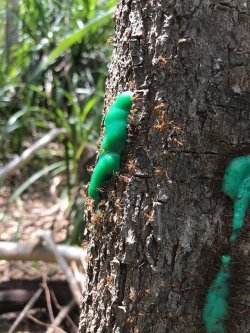 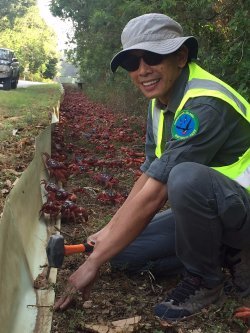 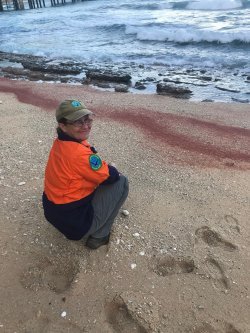 The situation was very different this time last year.

We were alerted to a looming problem when we became aware of increased levels of crab deaths during their 2019 migration.

This triggered a cascade of focused activity that led to the successful baby crab returns we are seeing now.

An intensive monitoring program across the whole island in the first half of 2019 showed that our introduced biocontrol micro-wasp had not yet had enough time to fully impact the island’s yellow crazy ants.

These insects are deadly to migrating red crabs, and had formed super colonies on most of the Christmas Island coast.

We undertook intricate helicopter baiting. We organised strenuous hand baiting near beaches and wetlands where the helicopters could not go, with the help of the local Hash House Harriers running club.

Finally, we replaced the crab fencing along our major roads.

The team finished baiting super colonies just days before the rain began and not long before the adult crabs began to march to the coast to begin their breeding cycle.

Together we celebrate the safe return of so many baby crabs, following the successful migration of their parents!