Twenty-five years ago today one of Australia’s most remote national parks was proclaimed.

This ecological time capsule in the Indian Ocean was observed by Charles Darwin in 1836 during his voyage on the HMS Beagle, and its pristine environment remains relatively undisturbed by human activity.

It’s assigned the highest possible category of protection from the International Union for Conservation of Nature (IUCN) – 1a Strict Nature Reserve.

The atoll is more than 2750 kilometres north-west of Perth in the Cocos (Keeling) Islands group. The group has a southern atoll of 26 islands, and a northern atoll with one island – North Keeling Island. That northern atoll comprises Pulu Keeling National Park.

Despite its diminutive land area of just 1.2 square kilometres, it has been the scene of historic events. Charles Darwin observed it from the HMS Beagle in 1836; a World War I battle between Australian and German navy forces that raged in 1914 resulted in the sinking of a German vessel; and since December 12, 1995, it’s been recognised for its key role in ensuring Indian Ocean seabird populations remain stable. 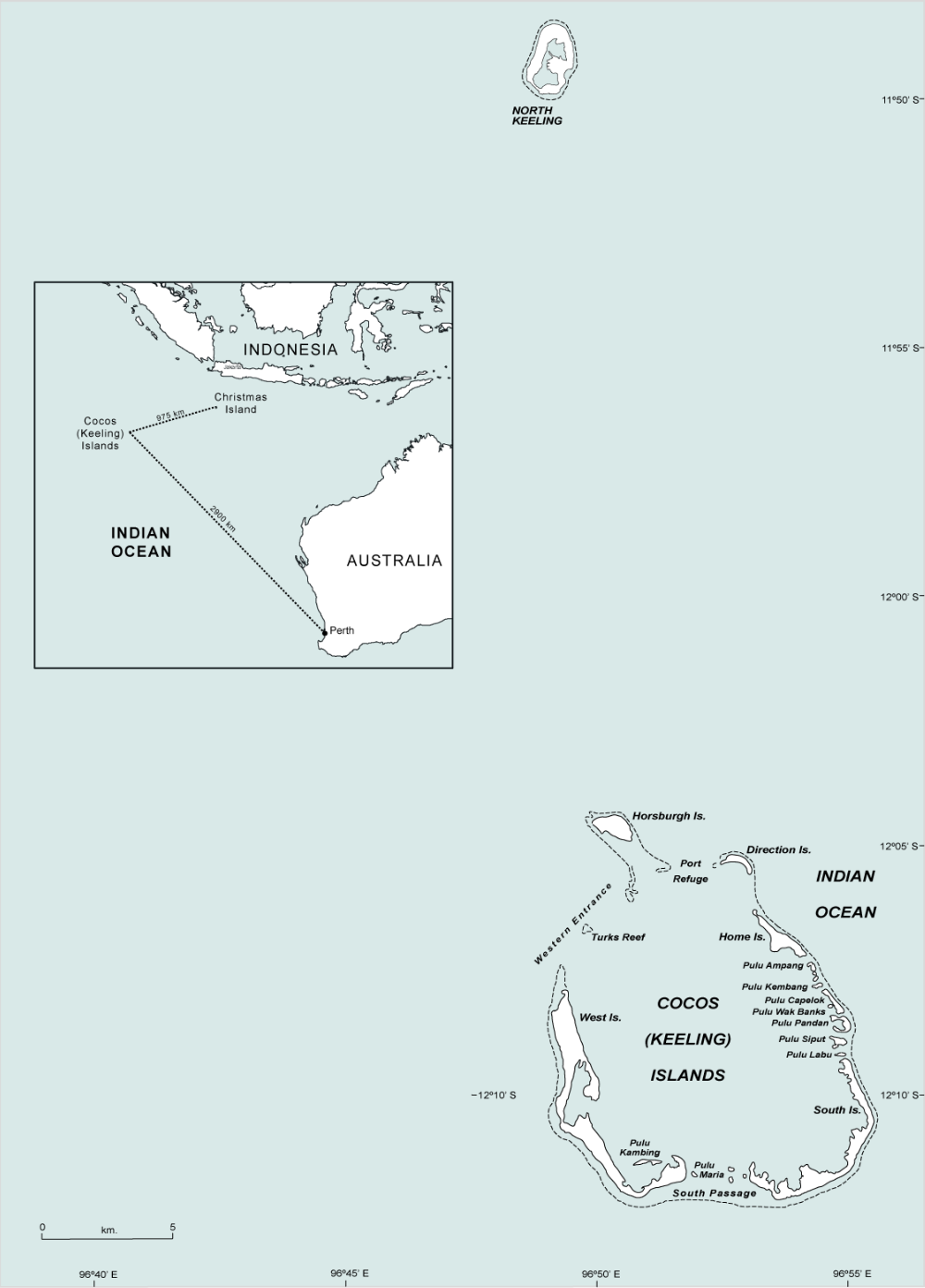 North Keeling Island (and its waters) was the only coral atoll visited by Darwin in the 1830s on his famous voyage, and the flora and fauna observed 184 years ago can still be seen today.

The island is mainly managed for scientific research and environmental monitoring to conserve its habitats, ecosystems and native species. Although there are some limited opportunities for visitation.

Pulu Keeling National Park Chief Ranger Trish Flores says working on the island is like journeying into a world of the past.

“It has rare ecosystems and because of its isolation, evolution and minimal human impacts, the park is like a time capsule. This makes it unique and important to science,” she says.

“Pulu Keeling National Park is vital to the stability of Indian Ocean seabird populations and it’s one of the largest known nesting habitats for the red-footed booby in the world.

“It’s a habitat for 10 threatened species including the buff-banded rail, the green turtle and the robber crab. It also features very unusual closed canopy forests not seen anywhere else in the region.

“Meanwhile a combination of deep-ocean ecosystems, minimal human impact and the park’s location, along a marine suture zone where Indian and Pacific Ocean fish species meet, make it a highly unique marine environment.” 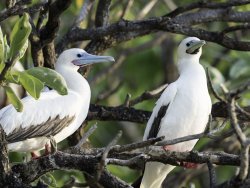 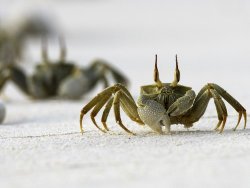 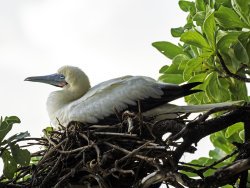 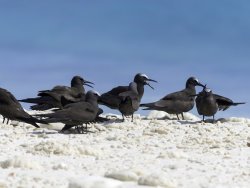 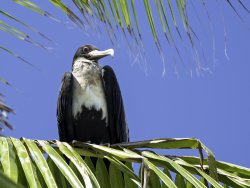 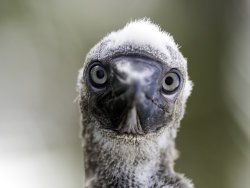 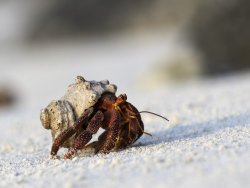 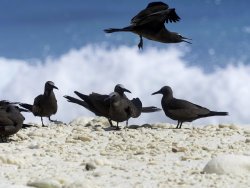 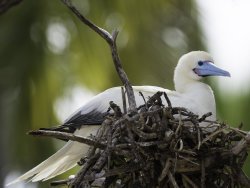 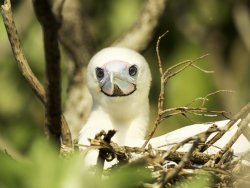 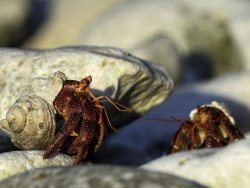 Historically all access to North Keeling Island was under direct supervision of the Clunies-Ross family.

In mid-1993, the Cocos (Keeling) Islands Shire Council decided, in principle, to lease North Keeling Island to the Commonwealth for the creation of a national park. This lease was signed by the Commonwealth and the Council in January 1995. 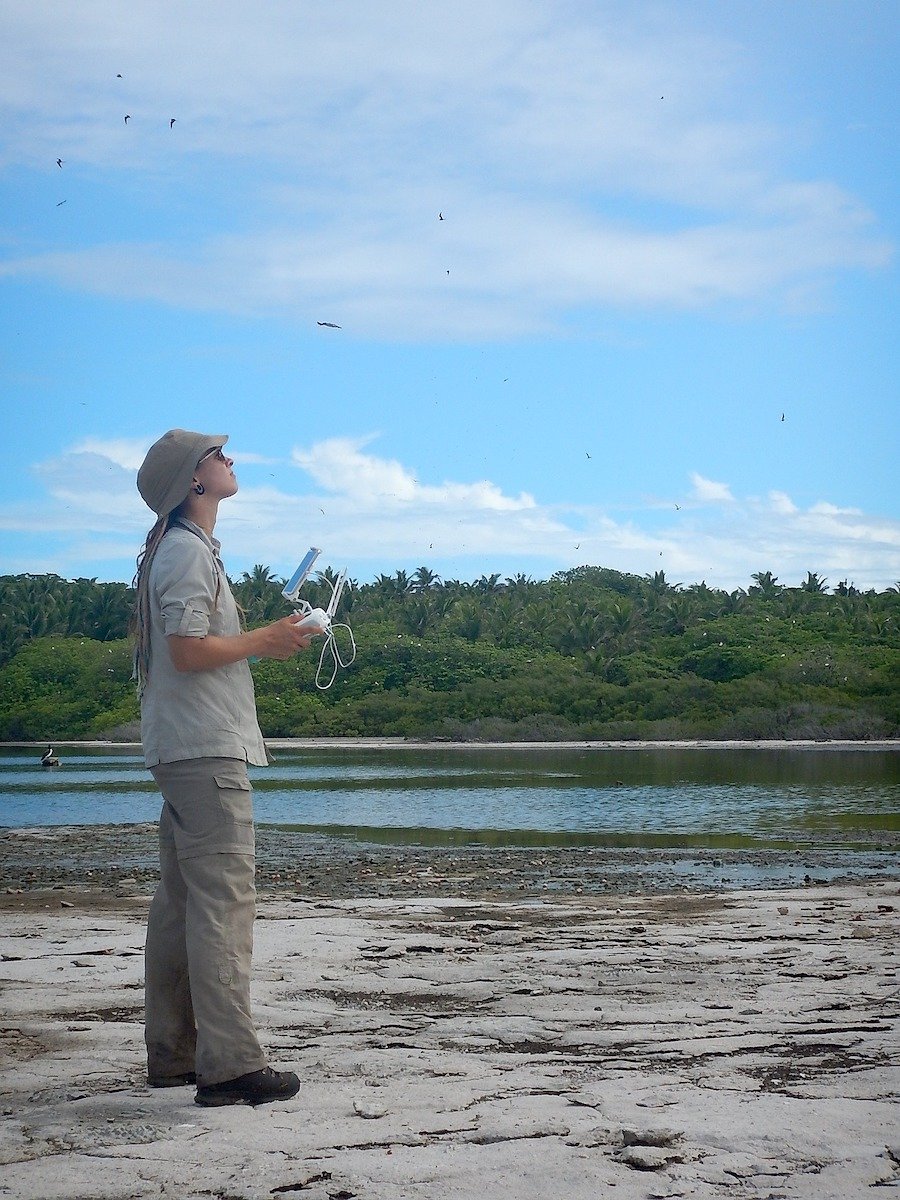 Karina Sorrell from Monash University conducting seabird monitoring with the aid of a drone.

“I am always pleased to see the proactive role that Parks Australia takes in relation to community input into the Park,” he said.

“The balance of environmental and cultural priorities would not be possible without the strong collaborative relationship that exists. The local Cocos Malay residents have a long relationship with the park and their input and experience is well complemented by the scientific awareness that Parks Australia brings. Working together, the future of Pulu Keeling National Park is a bright one.”

Over the past 25 years the community and Parks Australia have worked together to help conserve the natural and cultural values of Pulu Keeling National Park.

This work has helped protect threatened species and kept invasive species in check. Biosecurity threats have been managed while dramatic increases have been witnessed in the seabird and turtle populations. The park and the community continue to work together on conservation programs to look after Pulu Keeling National Park for the generations to come.

On 12 December 1995, Pulu Keeling National Park was declared by proclamation under the National Parks and Wildlife Conservation Act 1975. Today we acknowledge and celebrate its 25th year.