By 2009, the Lister’s gecko had not been seen for decades and the blue-tailed skinks had vanished from most of Christmas Island. While exploring Christmas Island National Park, staff member Brendan Tiernan discovered the last remaining Lister’s gecko population which had retreated to the most remote part of the island. 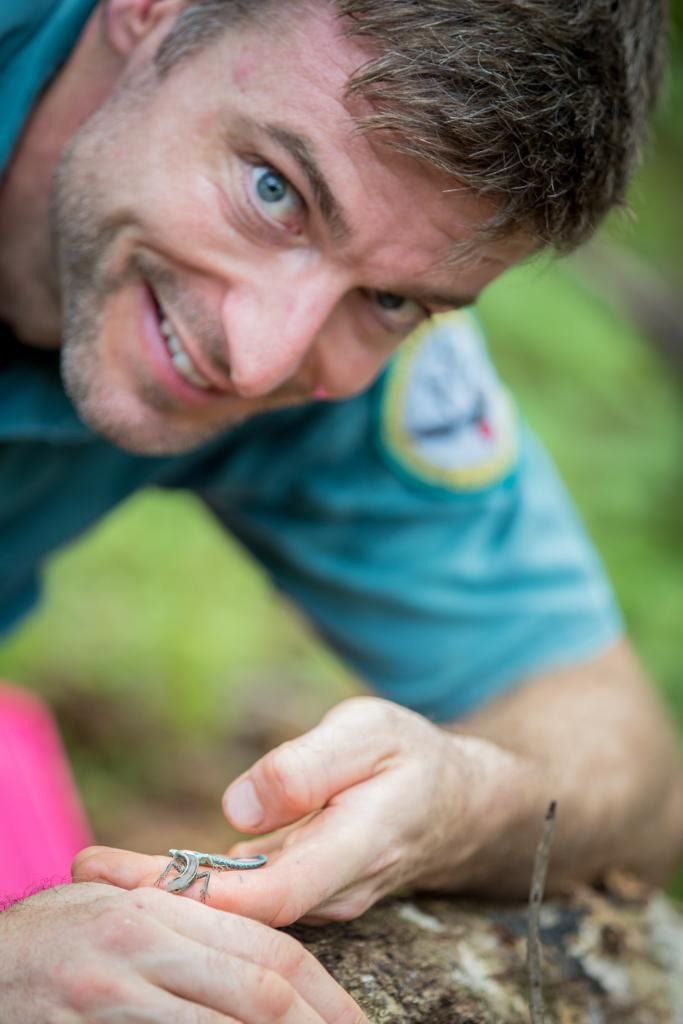 Both reptiles were on the brink of extinction and disappeared from the wild about 10 years ago due to a host of introduced predators – cats, giant centipedes, wolf snakes and yellow crazy ants.

Brendan has been on the island for over 10 years, and involved in reptile conservation over this period.

“A plan to catch the geckos and skinks was launched by the Christmas Island National Park team to save the species from being wiped out,” Brendan said.

“I grew up in Adelaide and have always had a passion for Australian reptiles and amphibians.

“I was part of the team that established the captive breeding program and brought the founder animals into captivity.

“In the end, 43 Lister’s geckos and 66 Christmas Island blue-tailed skinks were rescued into captivity.” 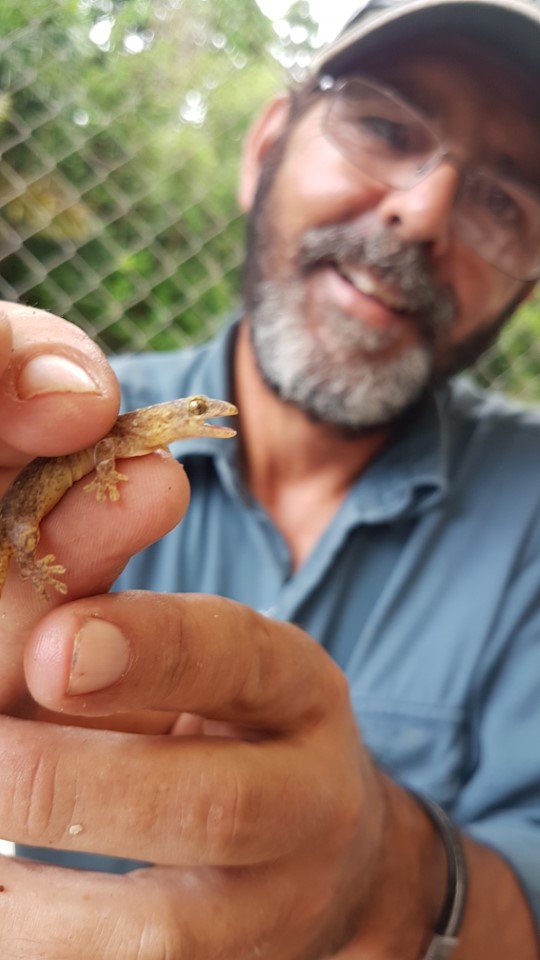 Since the establishment of the captive breeding program, Brendan has worked with the Christmas Island Reptile Advisory Panel (CIRAP), researchers, Taronga Zoo and other reptile experts to address their threats and see the blue-tailed skink and Lister’s Gecko established back in the wild.

“Skip forward 10 years and the blue-tailed skink and Lister’s gecko have both been successfully bred in captivity,” Brendan said.

“In the last 12 months the blue-tailed skink has even been released back into the wild on two tiny islands in the Cocos (Keeling) Island group.

“Early signs are great with a healthy and rapidly growing population.”

We’re very grateful to the Cocos (Keeling) Islands Shire Council and the Cocos community for their support in permitting the wild introductions to their islands.