For the first time ever, the Herald petrel has been recorded visiting within the Norfolk Island National Park.  A migratory seabird, the Herald petrel, commonly found on Raine Island off the coast of Queensland, seems to have become interested in a South Pacific neighbour – Phillip Island. The presence of breeding Kermadec petrels on Phillip Island may have attracted the Herald petrels to visit (they are close relatives), but the factors which encouraged them to strike out from their original nesting sites remains a mystery.

2021 was quite a year for rare petrels in Australasian waters. In mid-July, at Tregrosse Reefs, 550 km off Cairns in the Coral Sea, three nesting pairs of Herald petrels were found on Central Diamond Islet (11 ha) during an Island Heath Assessment by Queensland Park Service. It is unknown how long they have been breeding here. In September, a Phoenix petrel was detected for the first time in New Caledonia, where nesting was discovered on a vegetated island within the Nature Park of the Coral Sea, off the main inhabited island. The size of the breeding population was not assessed. Finally, Phillip Island, seems to have become an area of interest for Herald petrels.

Phillip Island, part of the Norfolk Island National Park, is six kilometres south of Norfolk Island. A birdwatcher’s paradise, thousands of migratory seabirds breed on Phillip Island, due to the lack of any mammal predators. This makes it an ideal location for birds, often nesting among rare and endangered plants. 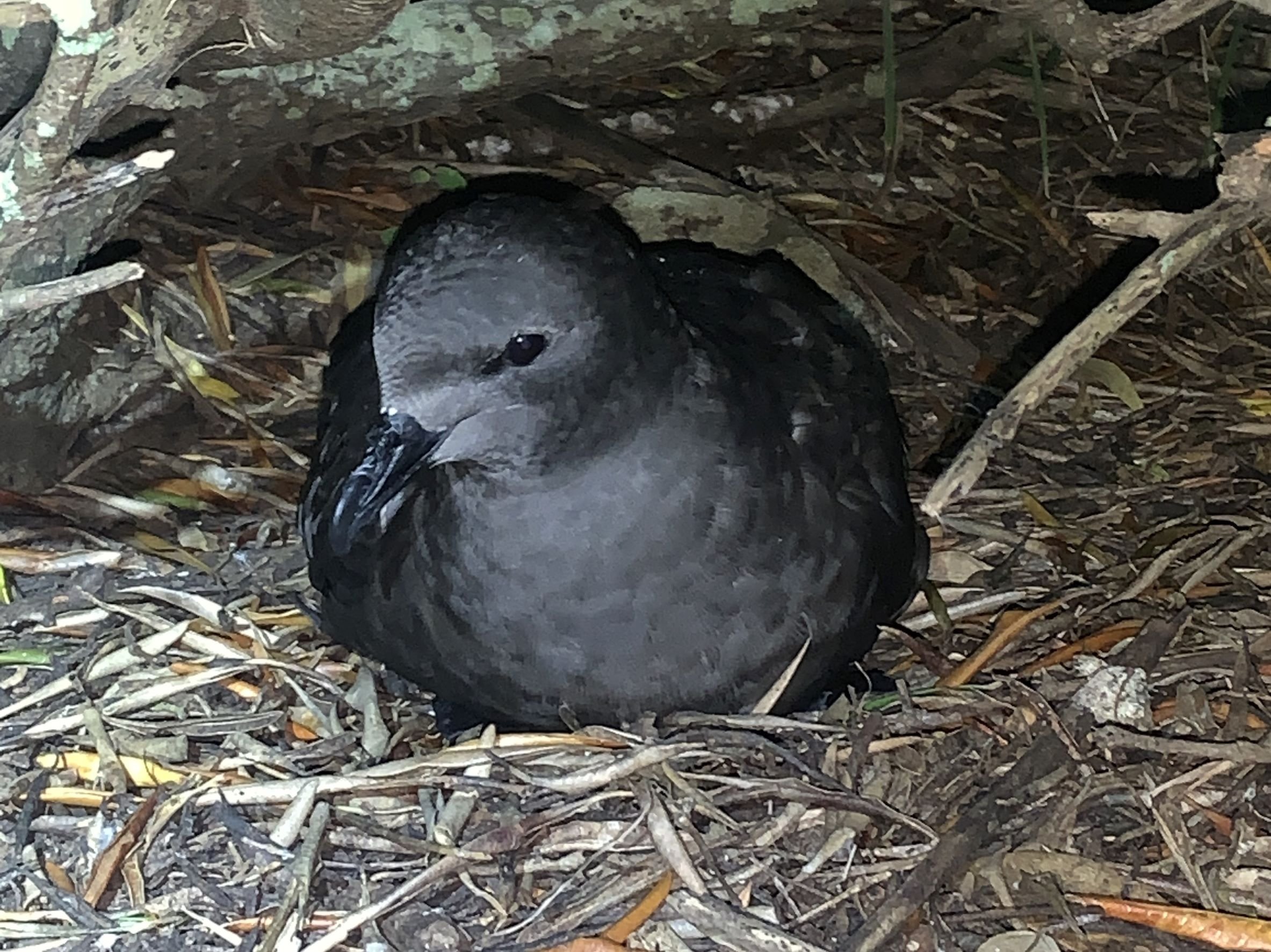 In mid-June 2021, surveys were ongoing for breeding Kermadec petrels. NSW Department of Planning and Environment (DPE) have been visiting the island every two months since January 2017. In that time, they had never seen nor heard Herald petrels. The distinctive species call was the first evidence of it being on the ground within the Kermadec petrel colony during the early winter visit last year. Visual confirmation was made, the bird was measured, and genetic material collected. Later assessment of the discovery by the NSW rare bird committee supported the initial identification.

Herald petrels have been known to breed under dense low vegetation during the winter period on Raine Island, a small coralline island 620 km north-east of Cairns, since the late 1950s. The population may be in the 10s but only seven nesting pairs have been located here, with 19 birds caught on the ground and fitted with unique numbered bands in 2017. Further afield they nest in the Pitcairn Group during the summer and likely do the same through the central Pacific. Additional birds have been found ashore on Australian territorial islands in the Indian Ocean from time to time and they breed, with mixed petrel species (including Kermadec petrels), on Round Island off Mauritius. Birdlife International suggests that the world population is currently 150,000 pairs. 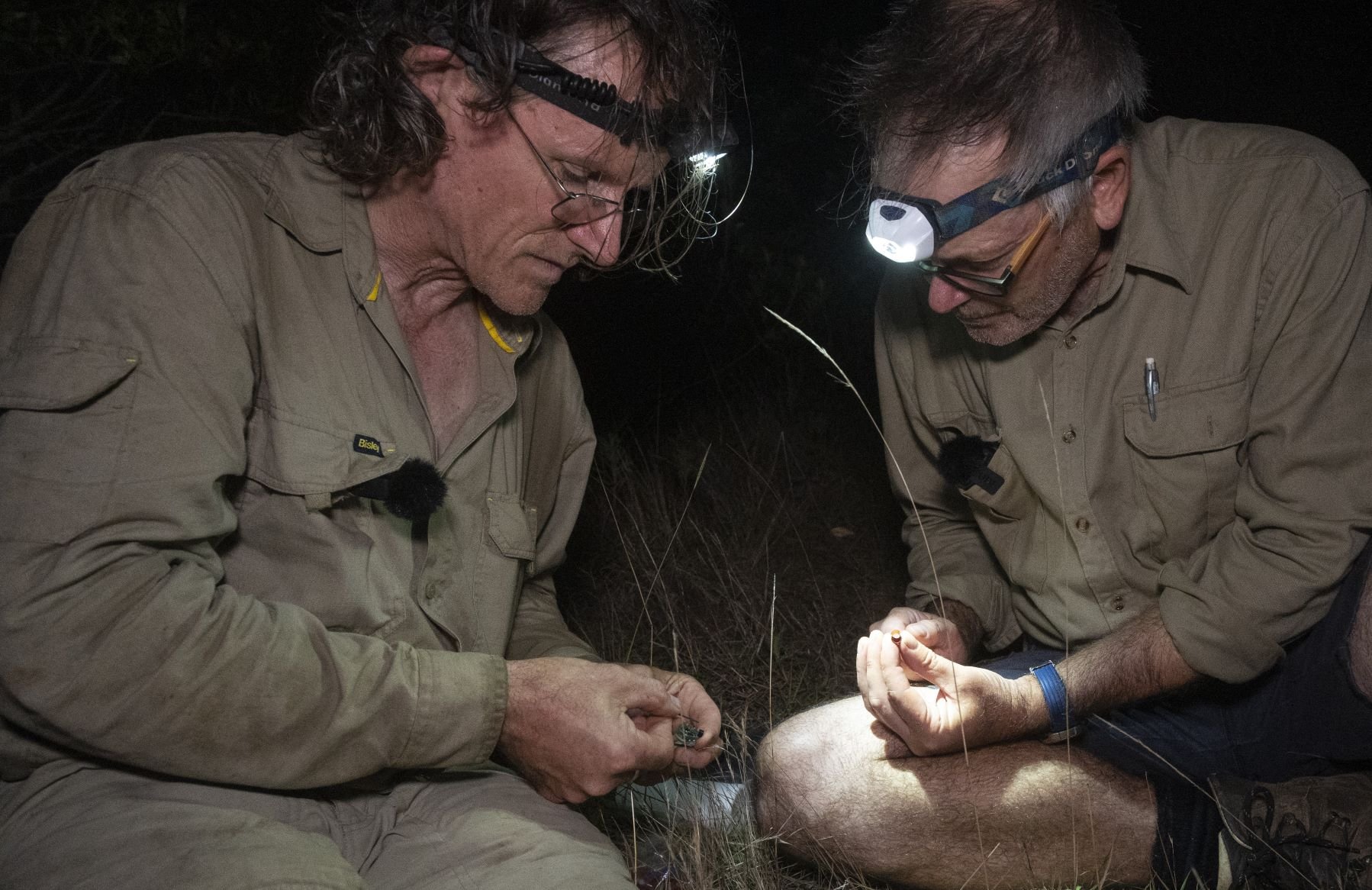 DPE researchers continued to carry out bi-monthly surveys on Phillip Island in 2022. In April ,a single Herald petrel was found ashore, banded and measured. Its vocalisation made it a prominently calling bird within the colony for two nights, however, it showed no interest in nesting. In June, the single bird was joined by two additional Herald petrels, spotted in the air on the first night of observations. Only the bird that was banded in April landed. For several nights, this bird flew, calling about the colony and landing occasionally, but no further birds were sighted with it. Further discussions with Margaret Christian, a local ornithologist on Norfolk Island, indicated that a bird matching the Herald petrel in call, had been heard over the main island at night in recent months.

One theory as to why the birds have commenced geographical expansion of prospecting and nesting behaviours in the region, could be due to disturbance of their habitat on Raine Island. There has been three sand reprofiling activities in 2014, 2017 and 2019 that use heavy machinery to reprofile the foredunes. This work has been carried out as part of a conservation measure for the Raine Island Recovery Project. Although the 2014 reprofiling activity spread fresh sand over the top of the vegetation, the 2017 and 2019 sand reprofiling the top layer of sand was stockpiled separately to preserve the vegetation; following the sand re-profiling works this grassy sand was placed back on top to allow for grass establishment in the reprofiled areas. The Herald Petrels frequent a section on the beach on the south-eastern end of the island near where the 2017 sand reprofiling works occurred, however Petrels were sighted in that area the following year. The first Herald petrel nest sighted in 30 years was found in mid-2017; a chick was sighted at the nest location in September 2017 (during the reprofiling works) and an adolescent bird was sighted there in November 2017. In mid-2018, another two Herald petrel nests were located, both in the area on the south-eastern end of the island near where the reprofiling works had occurred the previous year. Therefore, at this stage there is no substantial evidence this species has abandoned Raine Island due to the reprofiling works.

Investigations will continue on Phillip Island. Listed as Critically Endangered under the Environment Protection and Biodiversity Conservation  (EPBC) Act, if the Herard Petrel were to establish on Phillip Island it would make them the rarest and most threatened seabird to be found within the Norfolk Island region.