The Cultural Centre is a free-form structure built from locally made mud bricks.

It was opened in 1995 to mark the tenth anniversary of Uluru-Kata Tjuta being handed back to its Aboriginal Traditional Owners.

“This building is for all of us. Our beautiful Cultural Centre has Kuniya, the woma python woman, built within its shape. Her body is made of mud and the roof is her spine.”

The centre’s award-winning design was a collaborative effort between Anangu, park staff and the architects. 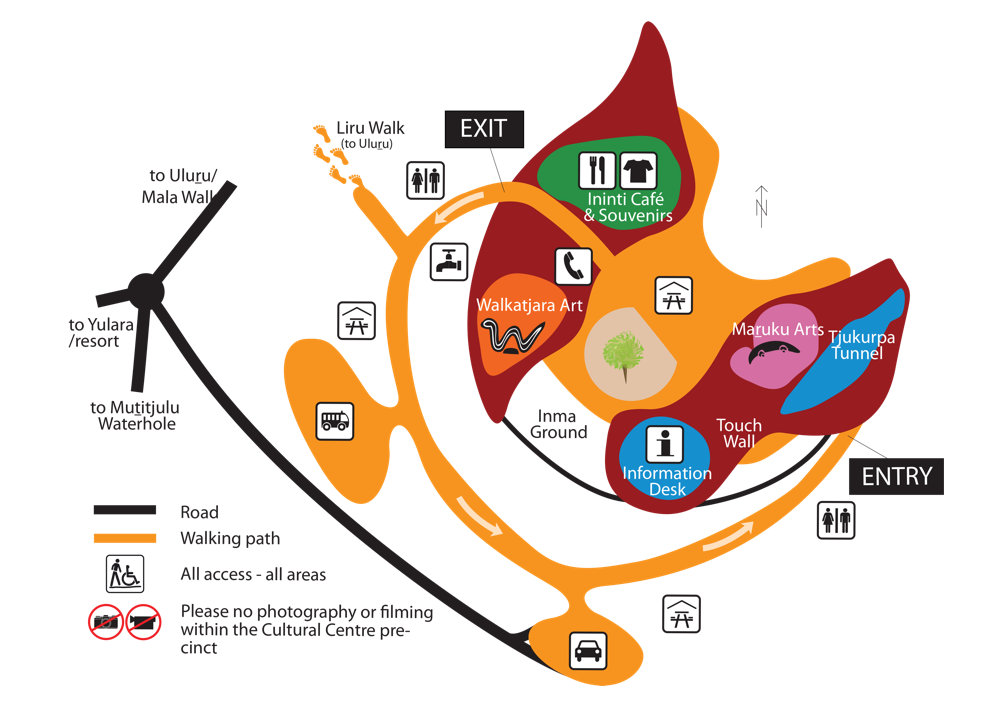 Map of the Cultural Centre