Christmas Island’s steep cliffs, stepped terraces and abundant caves are the result of a fascinating geological past.

The island first appeared about 60 million years ago, when the peak of a volcanic basalt seamount rose 5000 metres from the ocean floor.

Several geological uplifts occurred over about ten million years. At each stage, coral reefs built up on the basalt core, creating a limestone cap over the island that remains today.

The ocean eroded cliffs at each uplift, forming the stepped terraces and inland cliffs of the central plateau.

Christmas Island’s 73 km coastline is a near-continuous sea cliff that is up to 20 metres high in parts. At 13 places, breaks in the cliff give way to shallow bays and small beaches. The largest of these bays is Flying Fish Cove.

Evidence of the island’s volcanic origins can be seen in the exposed underlying basalt at the Dales and Dolly Beach.

The highest point on the island is Murray Hill, which rises to 361 metres above sea level. 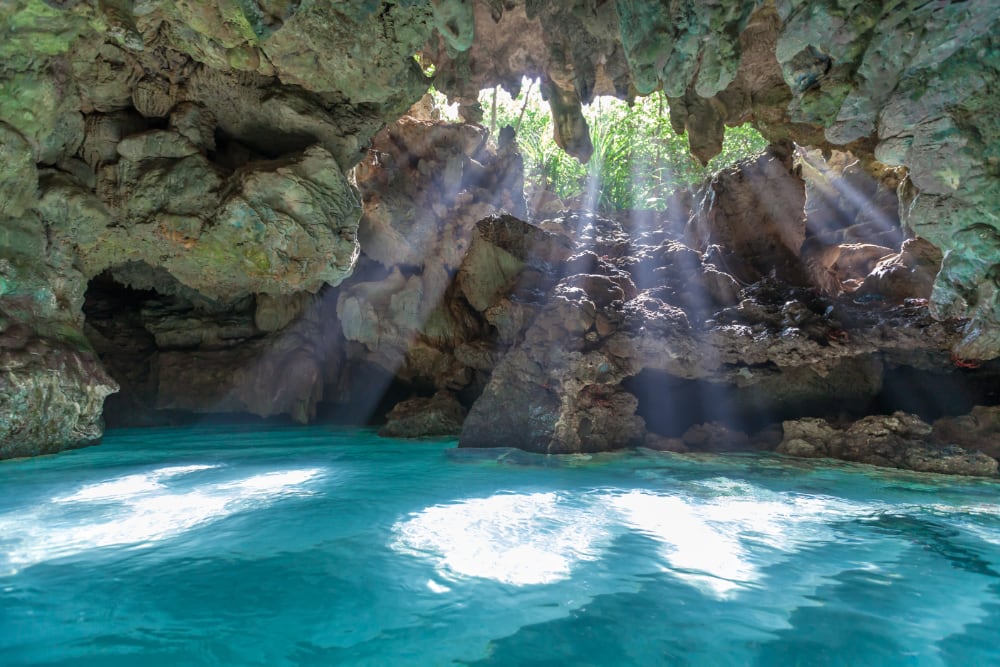 Christmas island has significant underground cave systems, including subterranean water bodies that are connected to the ocean.

Nearly all of the island’s rainfall goes underground to join a karst drainage system, where it accumulates in caves and sinkholes at the interface between the limestone and volcanic rock. Some of this water then flows along the interface to re-emerge on the surface as springs.