Basking on tropical oasis after decade in captivity

Despite torrential rain turning the Cocos runway into a water-logged skillet and the imminent threat of the Indian Ocean Territories closing its borders due to a COVID-19 threat, 165 of the world’s rarest reptiles have landed safely after a 6,000 km flight. 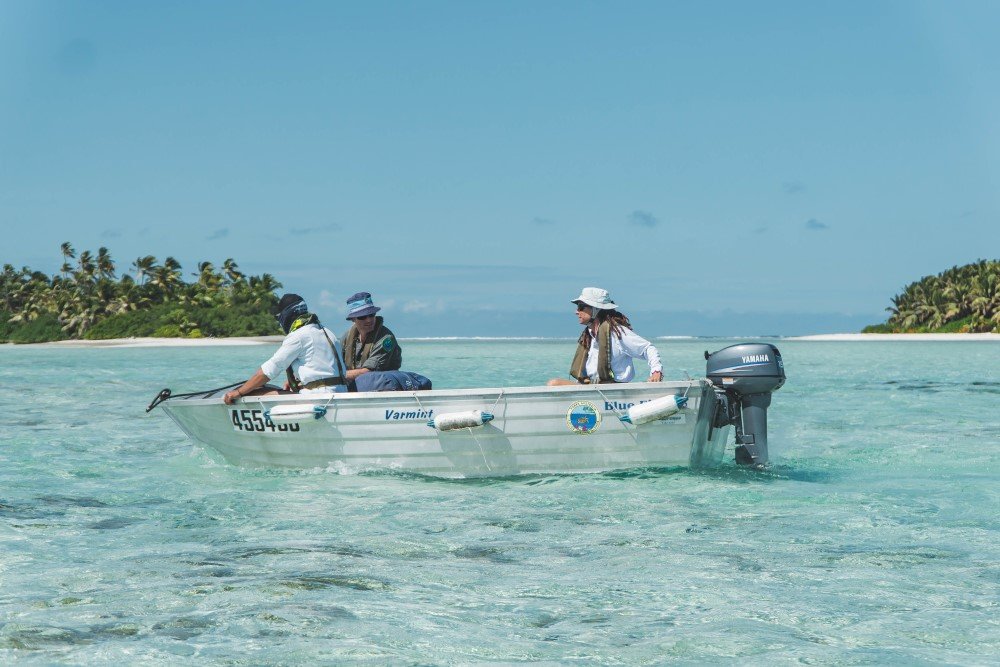 “It’s a tough trip for them. But the destination is worth it. We’re rewilding these skinks to extinction-proof them for the future,” Brendan said. 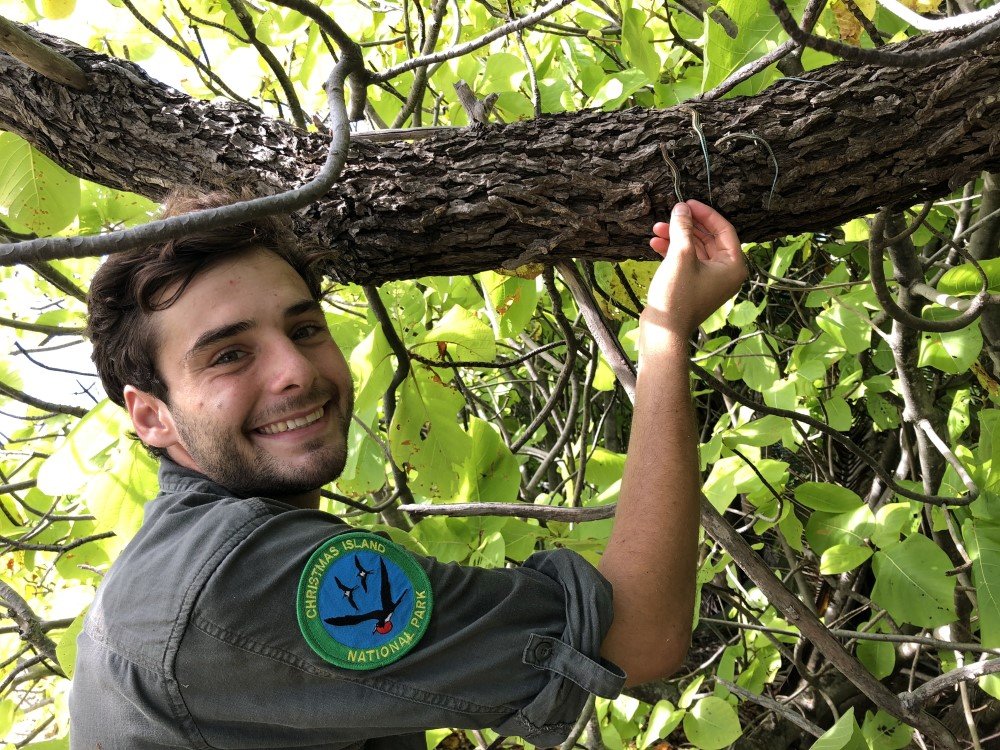 “Many of the skinks we released last month had never seen sunlight. They got here safe and sound and they’re now doing great. From here we’ll keep an eye on the population as it grows.”

Meanwhile, his Parks Australia colleague Siddiq Juljali, a ranger at Pulu Keeling National Park, boarded the Virgin Australia flight shortly after touch down on Cocos to escort the 40 Lister’s geckos to their ancestral home of Christmas Island. 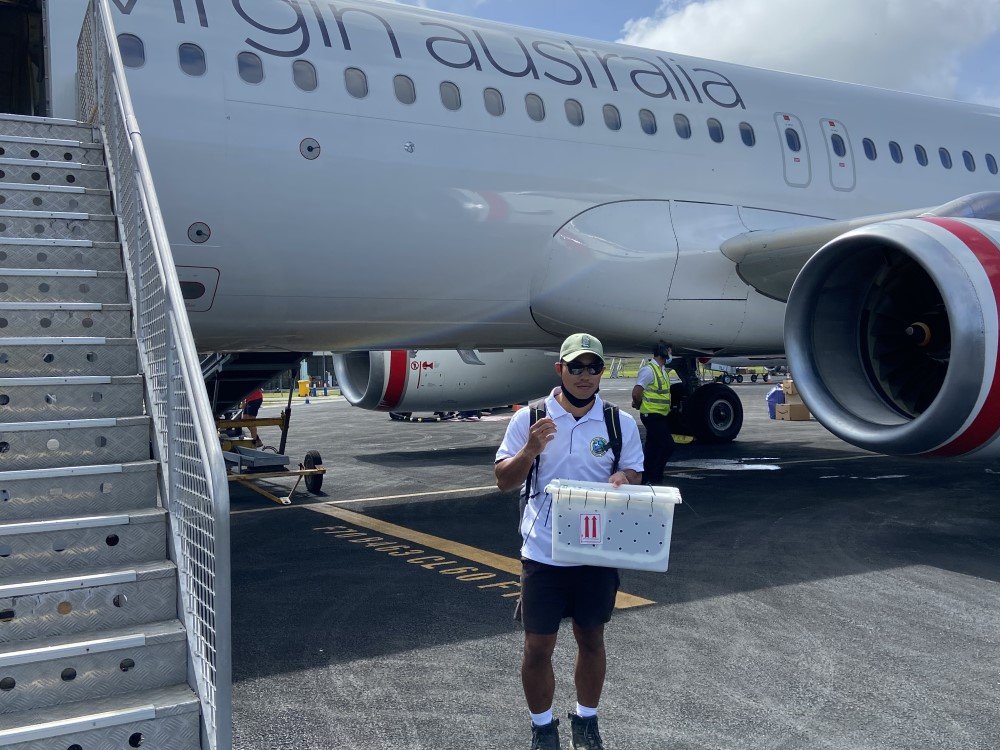 Siddiq Juljali arriving off the plane on Christmas Island and at the Lizard Lodge captive breeding facility. Photo: Virgin Australia

Siddiq said the geckos from Taronga’s captive breeding program had a bit further to travel than the skinks.

“Our Taronga Zoo Conservation Society friends chaperoned both reptile species on the big trip from Sydney to Cocos,” Siddiq said. “The blue-tailed skinks disembarked at Cocos but I took the geckos for the final 1,000-kilometre hop to Christmas.

“The Taronga geckos will bolster the genetic diversity of the captive-bred Christmas Island National Park population.” 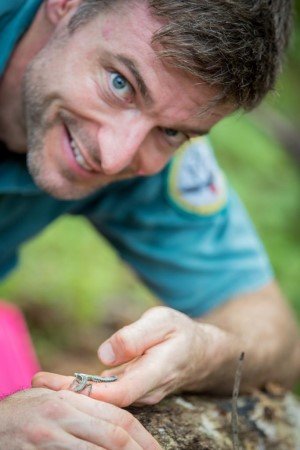 Both critically endangered reptiles were saved from certain extinction after being rescued from a remote region of Christmas Island in 2009 and 2010.

Brendan spear-headed the mission to rescue the reptiles before they got mown down by introduced predators such as Asian wolf snakes that were sweeping across the island at the time.

Over the past decade, two successful captive-bred populations were created at the Christmas Island National Park research facility and at Taronga Zoo.

On September 7, 2019 – Threatened Species Day – 150 blue-tailed skinks were reintroduced to the wild on the predator-free island of Pulu Blan after the population had spent a decade in captivity.

“The scientific journey to rewilding a species doesn’t fit neatly into the daily news cycle,” Brendan said. “It’s about 10 years of discovering how to do stuff never done before, dealing with gut-wrenching set-backs and then, if you’re lucky, white-knuckling your way to success.”