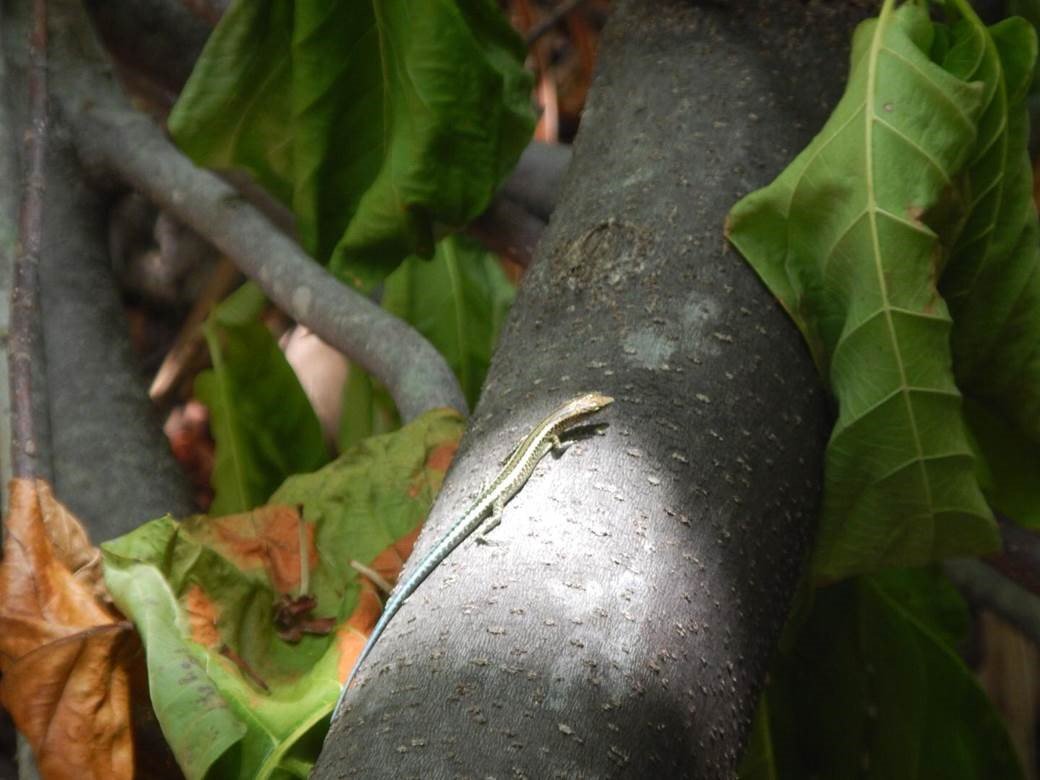 On National Threatened Species Day last year (7 September 2019), 300 blue-tailed skinks (Cryptoblephaurus egeriae), extinct in the wild in their home range of Christmas Island, were released as part of a conservation introduction on the tiny, 2.08 ha island Pulu Blan, part of the Cocos (Keeling) atoll.

This release, designed to augment a successful captive breeding program, has been highly successful with the population on Pulu Blan already increasing through natural recruitment.

Following this success, a second release of 300 skinks was attempted on neighbouring Pulu Blan Madar (1.78 ha) in March 2020. 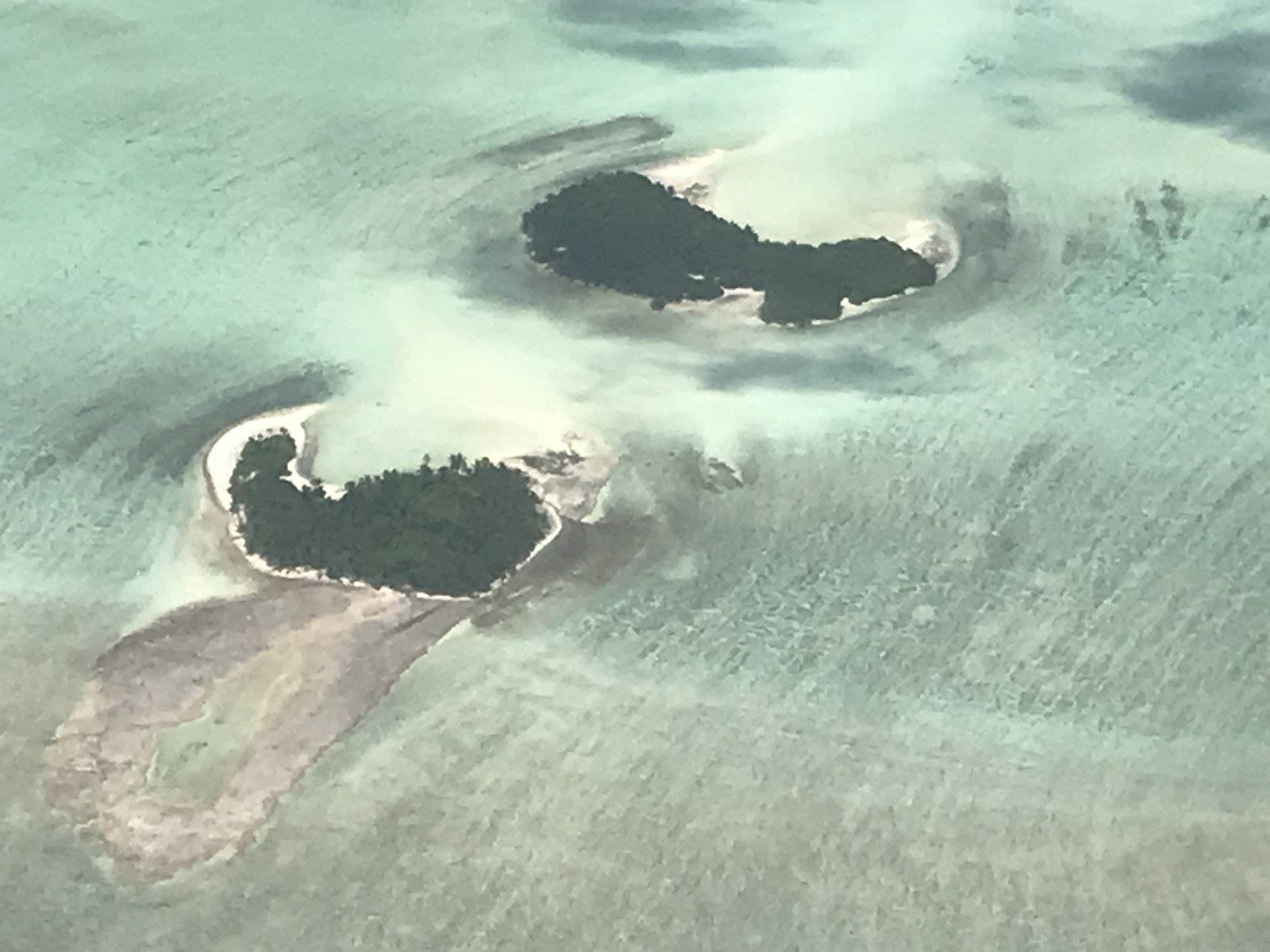 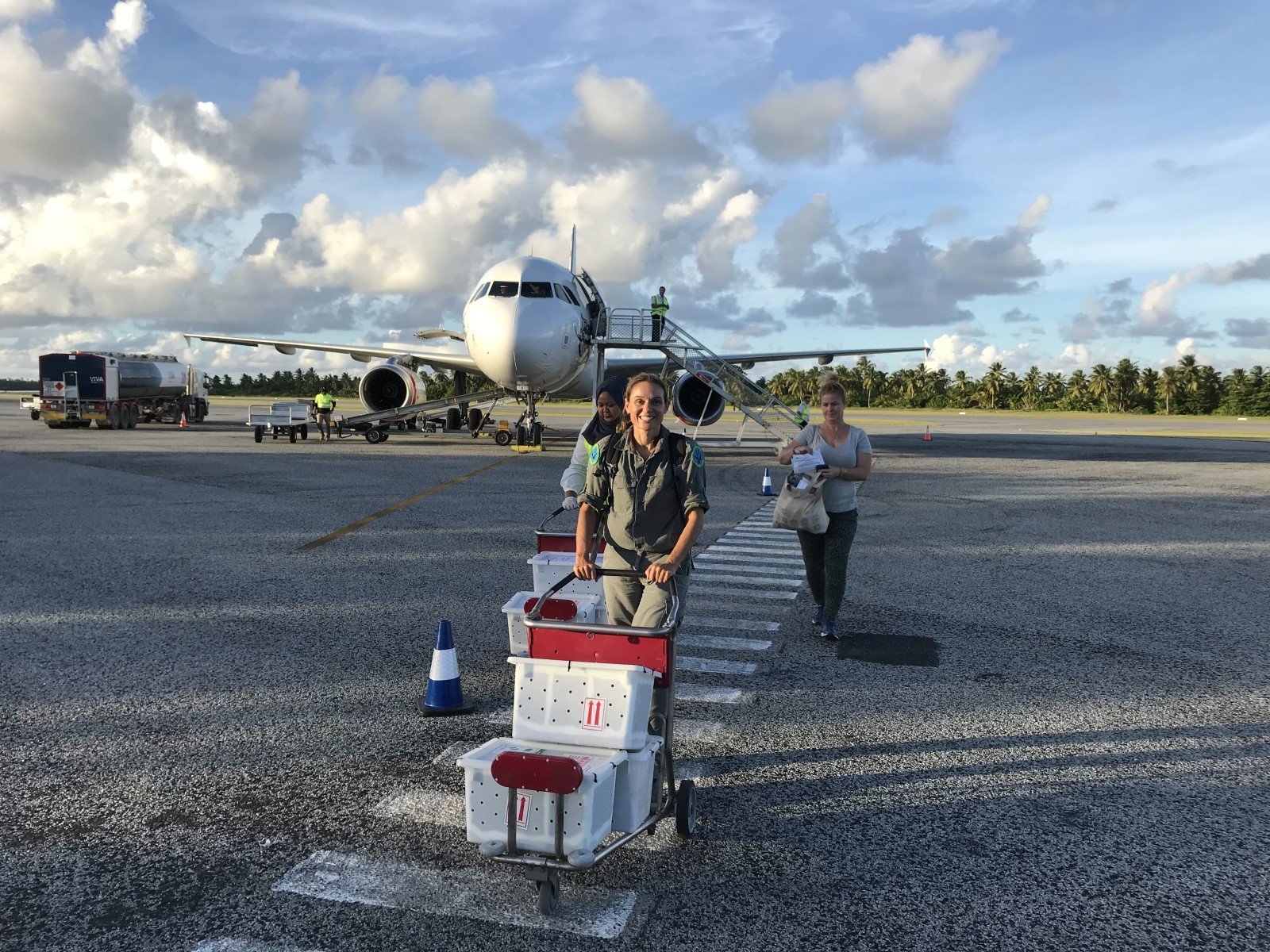 However, the skinks released on this island immediately encountered problems. Undetected during a survey of the island in February 2020, a high-density colony of invasive yellow crazy ants (Anoplolepis gracilipes) began impacting the animals, causing scarring to their tails and pushing them to the edges of the island. 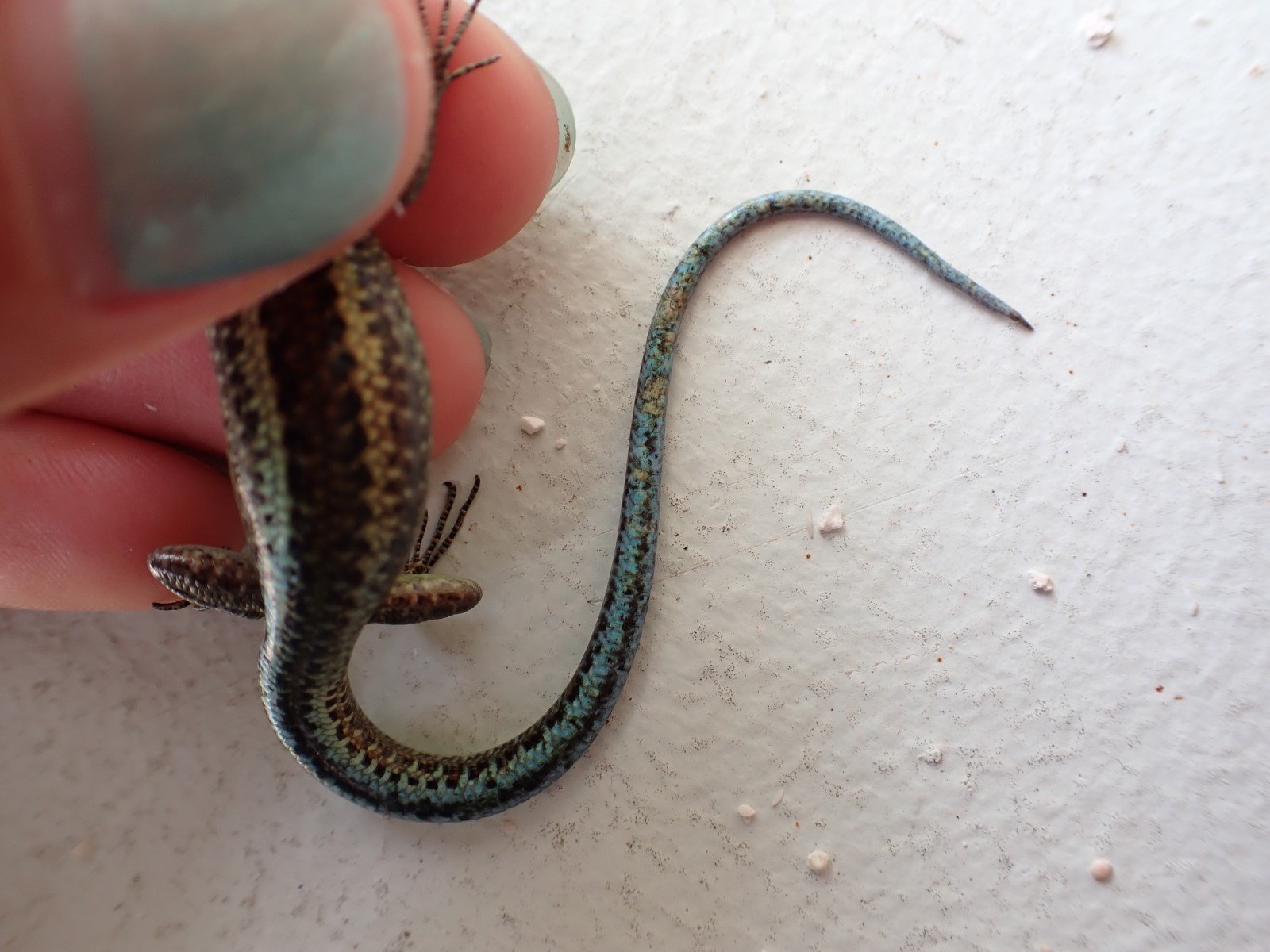 In a bid to save this new release of skinks, Christmas Island National Park staff began looking for ways to remove yellow crazy ants (YCA) from the island. 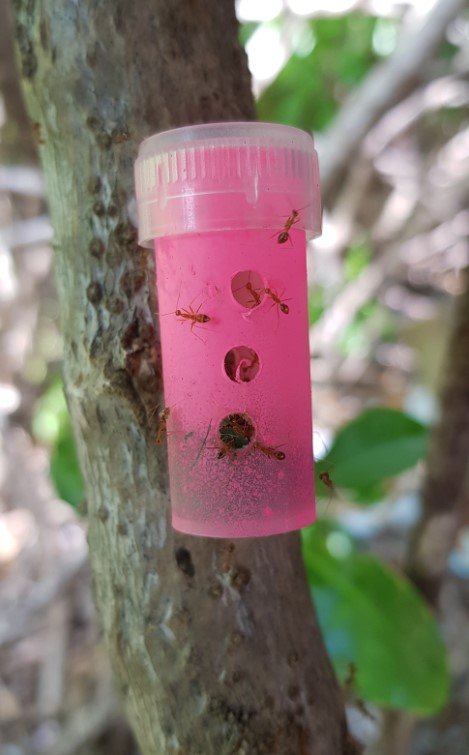 A fipronil based paste-like ant bait, Vanquish Pro™ has been found to be highly effective in the control of YCA on Christmas Island. However, its non-target impact on vertebrates such as reptiles is unknown.

On the 17 June, park staff deployed over 1000 bait stations containing over 5 kg of Vanquish Pro™ across the island with dramatic effect. In less than 24 hours ant numbers had declined dramatically and are now only present at 17 of 100 monitoring locations on the island.

Further monitoring will establish if the blue-tailed skink population recovers following the baiting. We wish them well!