They’re colossal, tough and some even consider them terrifying given they look like something from a science fiction film. They can climb trees, are known to attack birds and have the most powerful claws on the planet.

Robber crabs, also know as coconut crabs, often appear in viral internet posts on social media. You may be tempted to dismiss them as fake…

The truth is that they’re quite real. 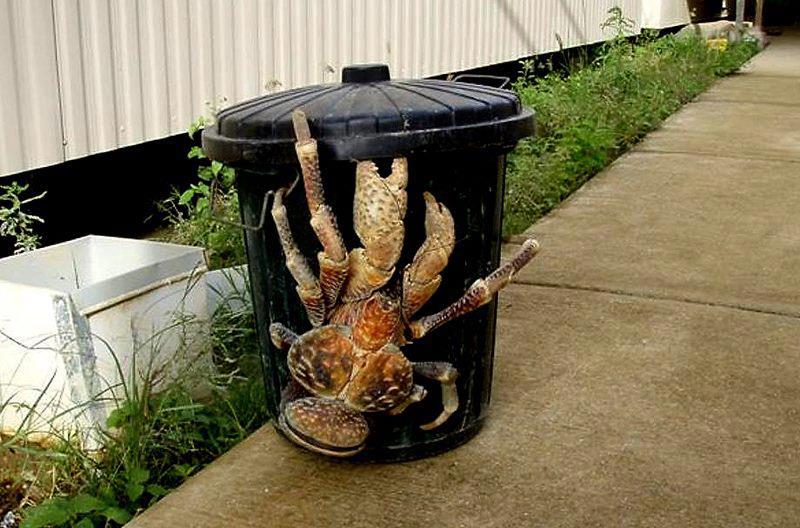 A large robber crab living up to its name

They are found across many islands in the Pacific, including Papua New Guinea and Vanuatu.

But only on Australia’s Christmas Island where they’re protected do they grow to their full potential. And knowledge that these land crabs can span up to one-metre across is not widely known. That’s mainly because on other islands they’ve been eaten to the brink of extinction and only smaller specimens remain.

But only on Australia’s Christmas Island where they’re protected do they grow to their full potential.

Fortunately these monsters on Christmas Island are gentle giants. They’re slow-moving, placid and more interested in ambushing a coconut than an eco-tourist. 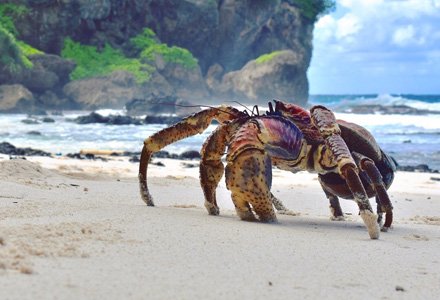 If you ever visit Christmas Island don’t be alarmed. Robber crabs don’t romp around the island chasing cars or nipping at the heels of locals.

You can literally sit among clusters of dozens of these clawed beasts and feel completely safe.

Crab expert Max Orchard spent more than 22 years at Christmas Island National Park. He’s worked with world-leading researchers and wrote the book, ‘Crabs of Christmas Island’, a compendium of the many land and intertidal crab species that make the island a wildlife wonder.

Orchard is more familiar than most with the robber crab and how it earned its moniker.

“They steal everything they possibly can,” he says. Recalling a story well known among national park staff he explains,

“When I first went to Christmas Island in the early ’90s, the army came over to do some training on the island. They had just been issued with new Steyr rifles with these plastic butts.

“Anyway, they were bivouacked out there in the forest and I got a call from the commanding officer.

“He said someone had been out there and stolen one of their rifles. I said, ‘Have you had any robber crabs around?’

“He said someone had been out there and stolen one of their rifles. I said, ‘Have you had any robber crabs around?’”

“He said there had been these big crabs around but he didn’t think much of it. I said, ‘Well… there’s your culprit.’” 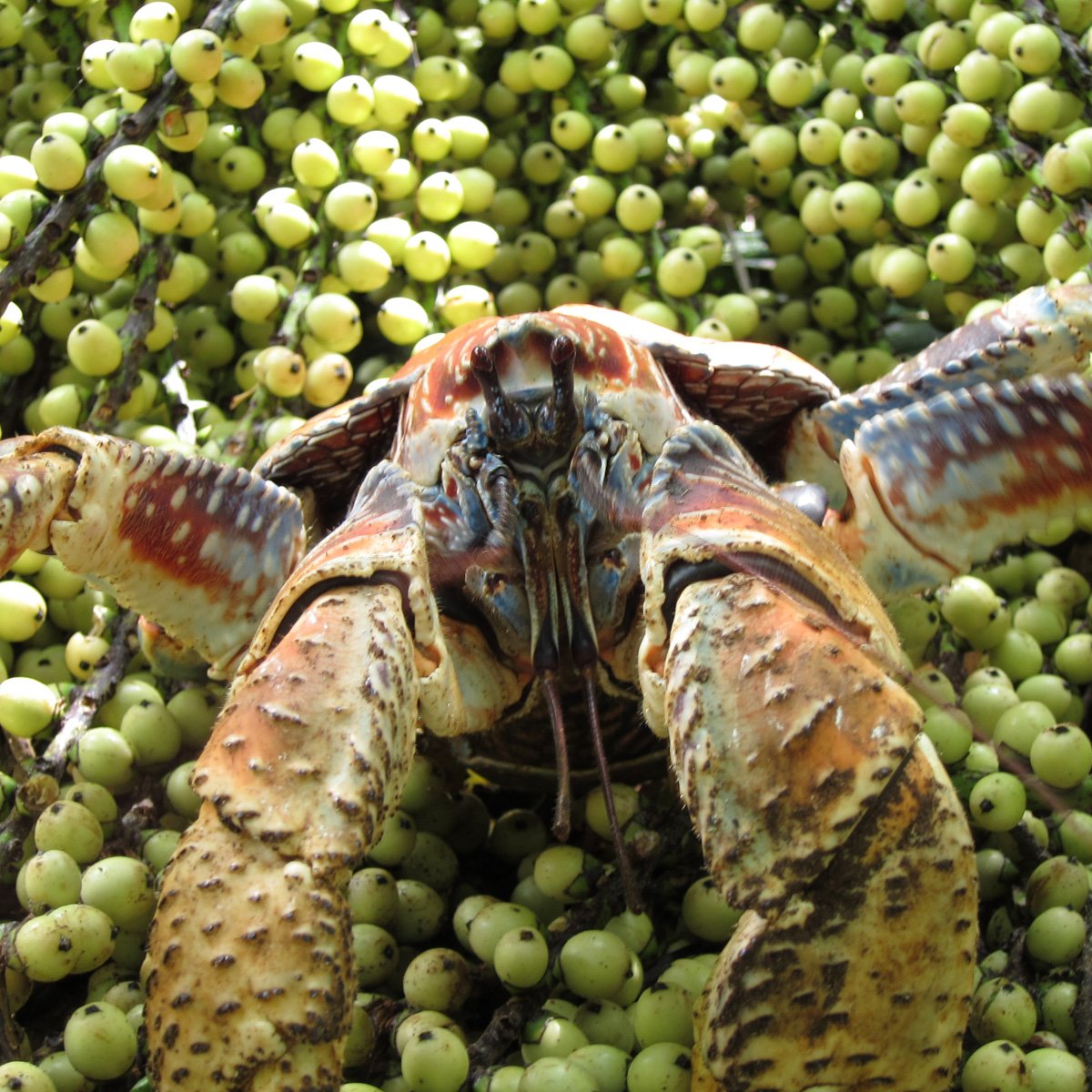 They found the remains of a Steyr rife sometime later. The robber crabs had dragged it off and crushed it.

“The biggest one I’ve seen is about 4.5kg in weight, and about one-metre across,” Orchard says. “No one really knows for sure how old they are. The 2-3kg crabs are about 50 years old.

“I have seen over 300 robber crabs around a fruiting Arenga palm in the national park at different times. It’s a magnificent sight.”

Christmas Island is the only place in the world where these animals are so plentiful and still grow to a “monstrous size” as Charles Darwin once observed during his voyage to the region on The Beagle.

While these gentle giants are usually overshadowed by their more famous red crab colleagues who migrate en masse each year in the tens-of-millions, they are a genuine spectacle in their own right.

And a true highlight on an island that’s also known as The Kingdom of the Crabs.