Booderee has a number of surf and bay beaches that provide quality foraging and nesting habitat for vulnerable and endangered shorebird species.

Some birds are resident, like the oystercatchers and red-capped plover, and others are migratory, like the double-banded plover – a Kiwi holiday maker.

There are three shorebird species that nest in Booderee that have either New South Wales or Commonwealth threatened species status.

There are many different types of threats to shorebird nesting success and fledgling survival. Predation by native animals like black snakes and introduced species, like foxes, is common.

Disturbance or actual damage to nests caused by beach traffic (vehicles and people) is also an issue.

Regionally, dog access to certain beaches is a major concern for shorebird conservation. 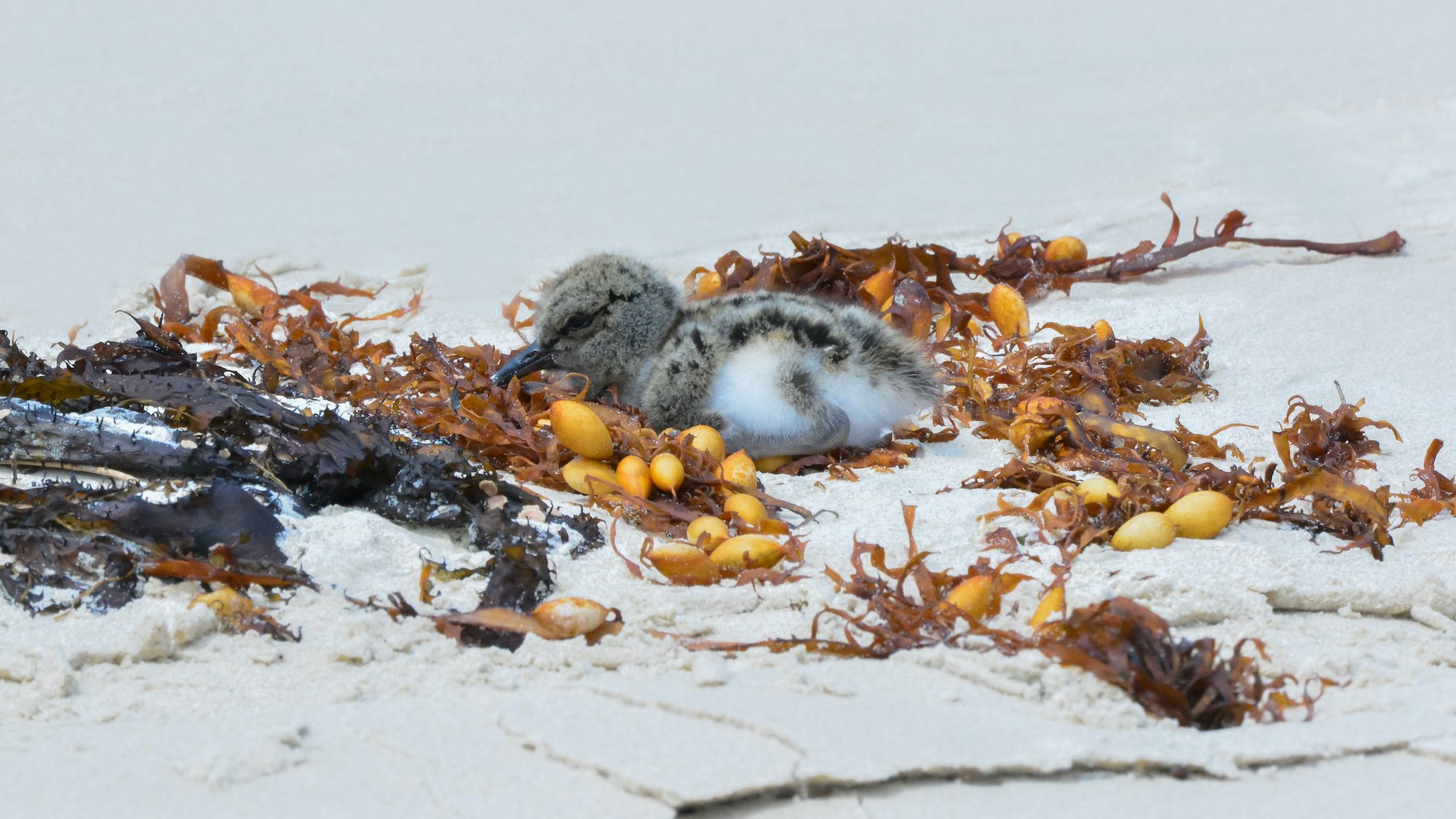 Pied oystercatcher chicks are particularly vulnerable to threats at such a young age. Credit: Chris Grounds 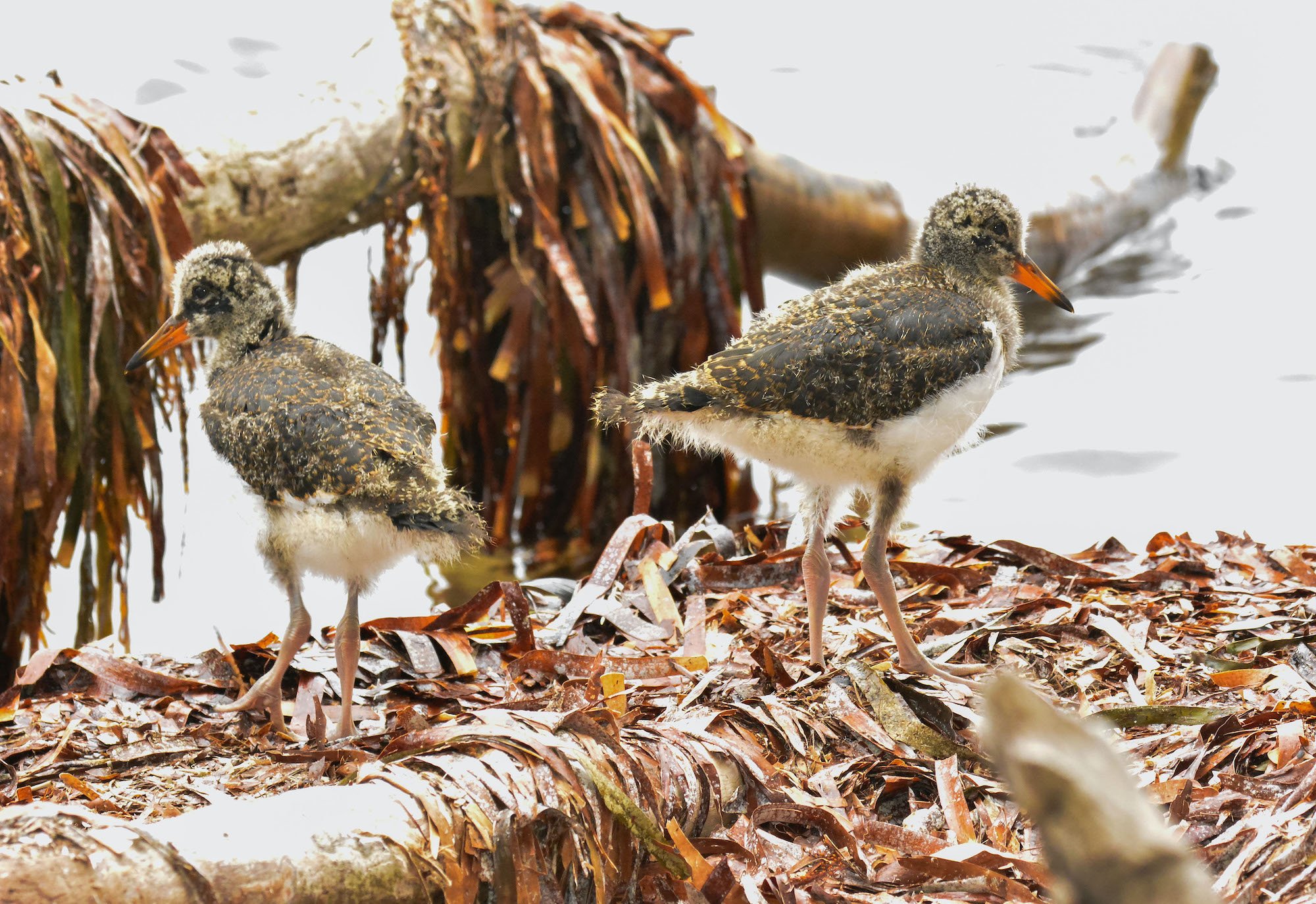 Pied oystercatcher chicks are particularly vulnerable to threats at such a young age. Credit: Parks Australia

Frustratingly, the birds themselves sometimes select the worst nesting sites, like low down on beaches where large tides and storm surges can undo all their hard work, or at the end of beach access tracks where people tend to congregate. 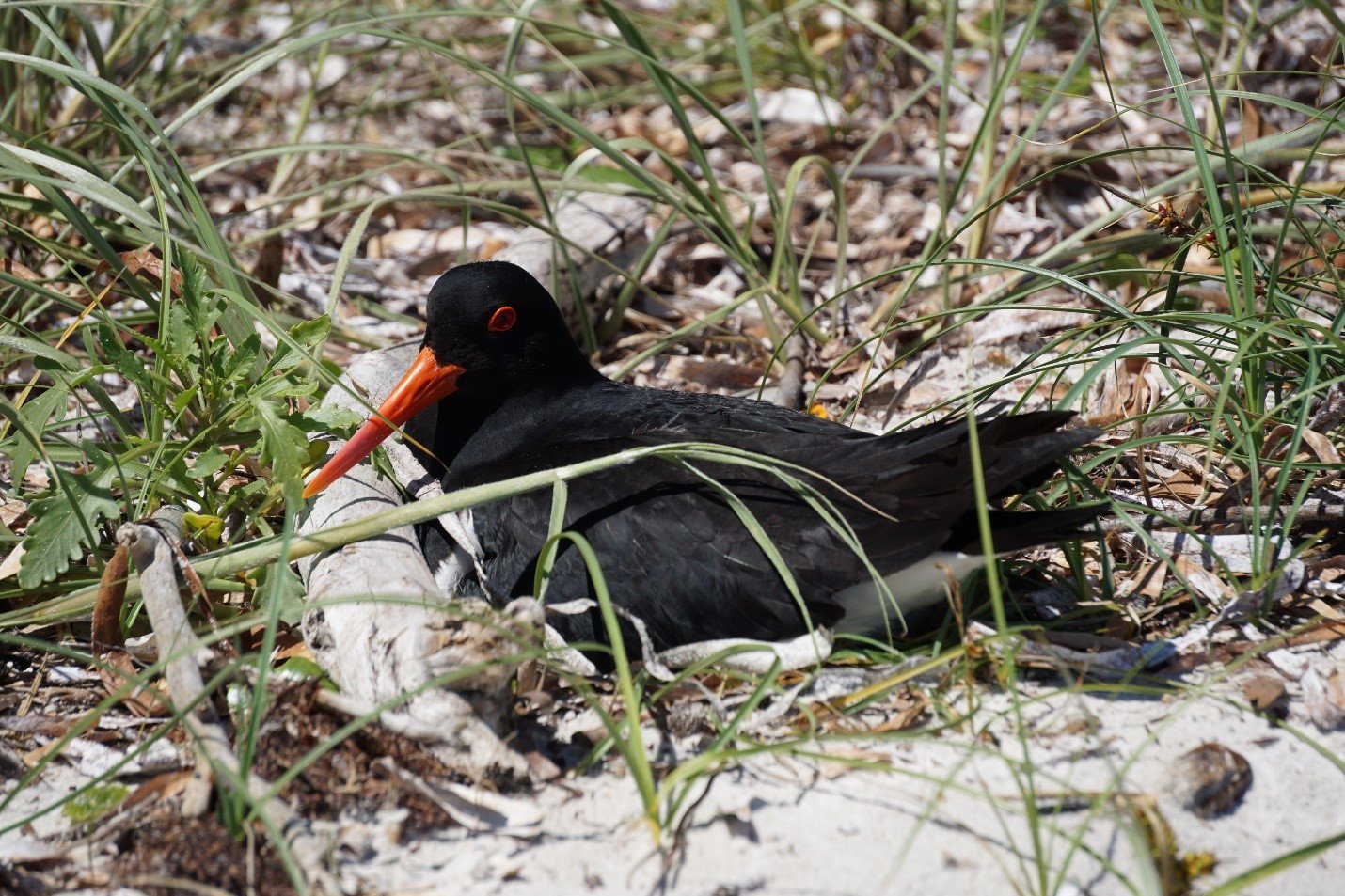 A pied oystercatcher on its nest at Booderee. Credit: Parks Australia 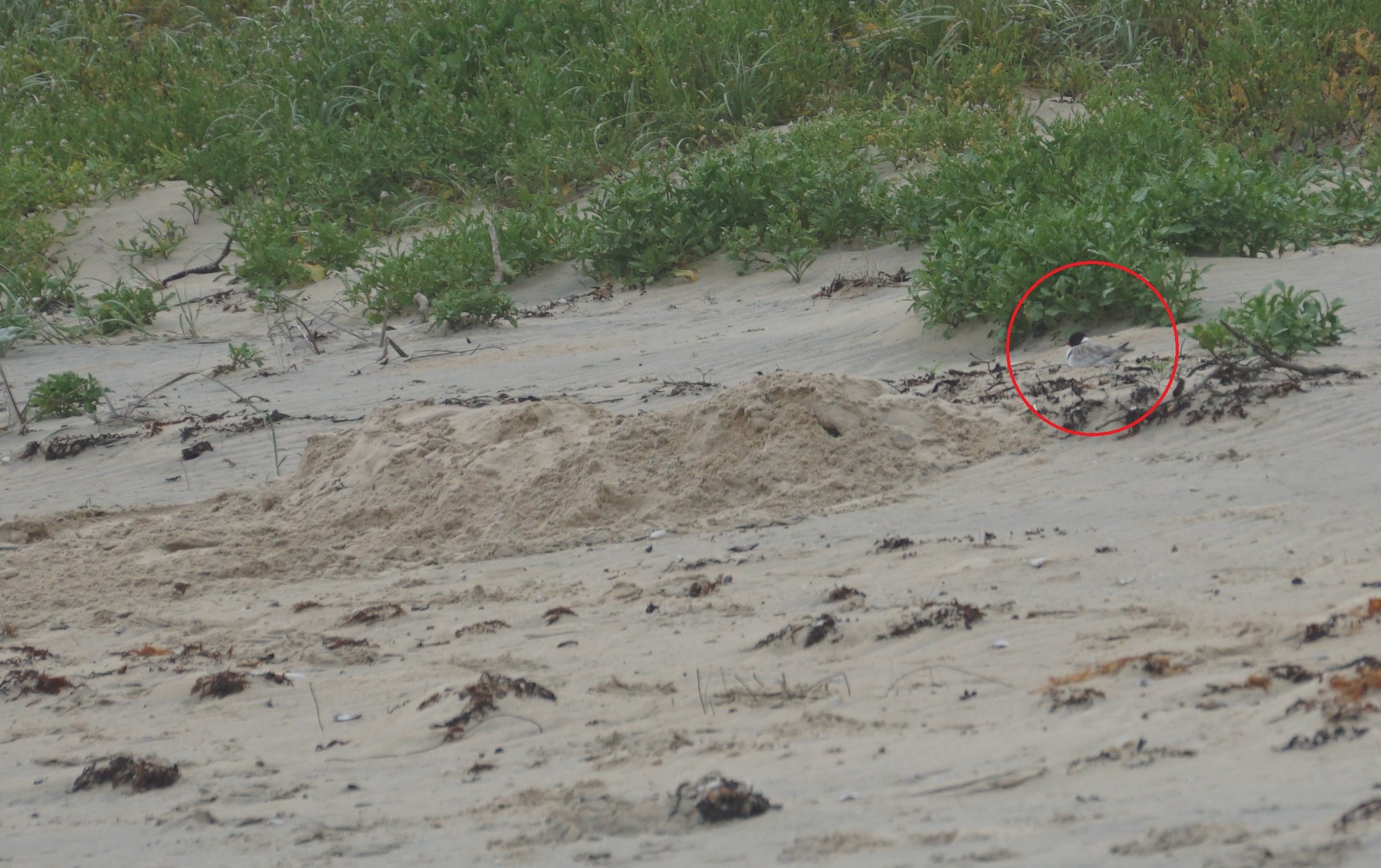 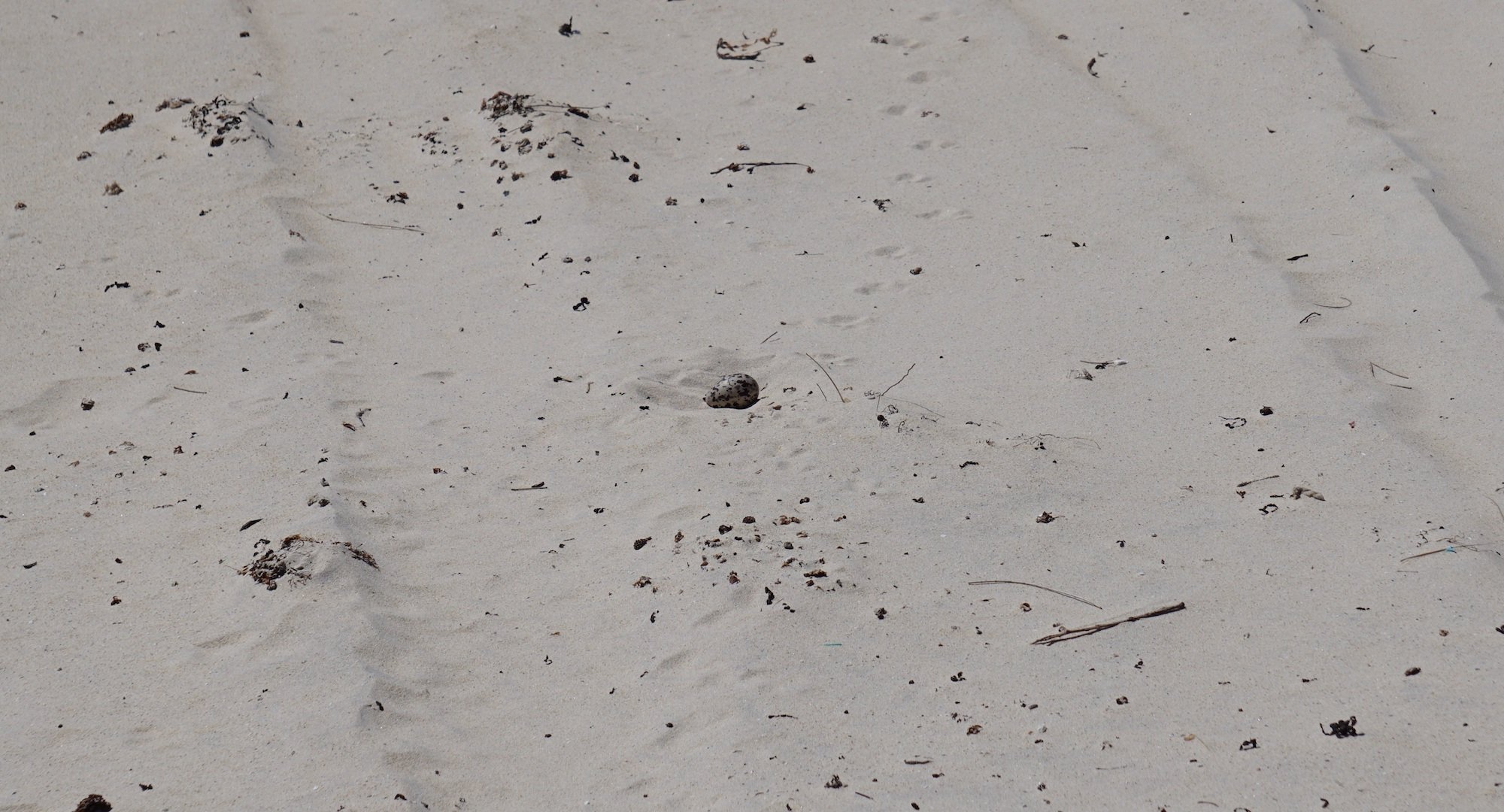 Car tracks either side of an egg show why shorebird nests are at significant risk from human activities. Credit: Parks Australia

At Booderee, we work closely with the NSW National Parks and Wildlife Service and South Coast Shorebird Recovery Program volunteers, a large network of people who spend a great deal of time monitoring shorebirds during the nesting and fledging season which runs from October through to March.

The group has a scientific research permit to operate within Booderee. This volunteer network operates along the NSW coastline from Wollongong to the Victorian border. Rest assured, if there is anything amiss in the park the shorebird volunteers let us know!

The staff contribution to shorebird conservation is quite practical. As the volunteers keep a binocularised eye on the nesting families, Booderee rangers are on standby to install signage, sand bag nests when high tides are expected, erect fences to buffer nests from human traffic and respond to compliance concerns, for example dogs in the park. In addition, broader fox control programs support shorebird conservation. 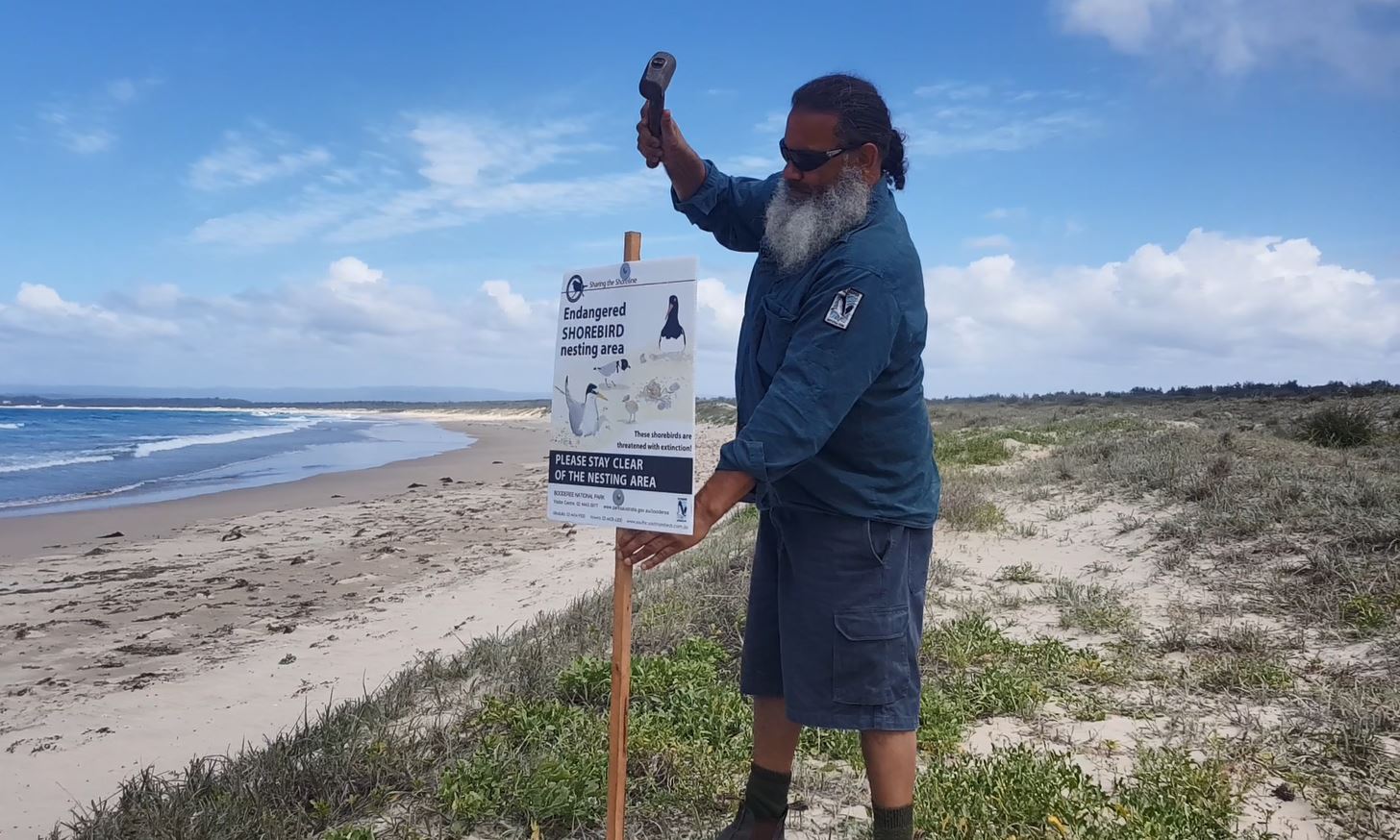 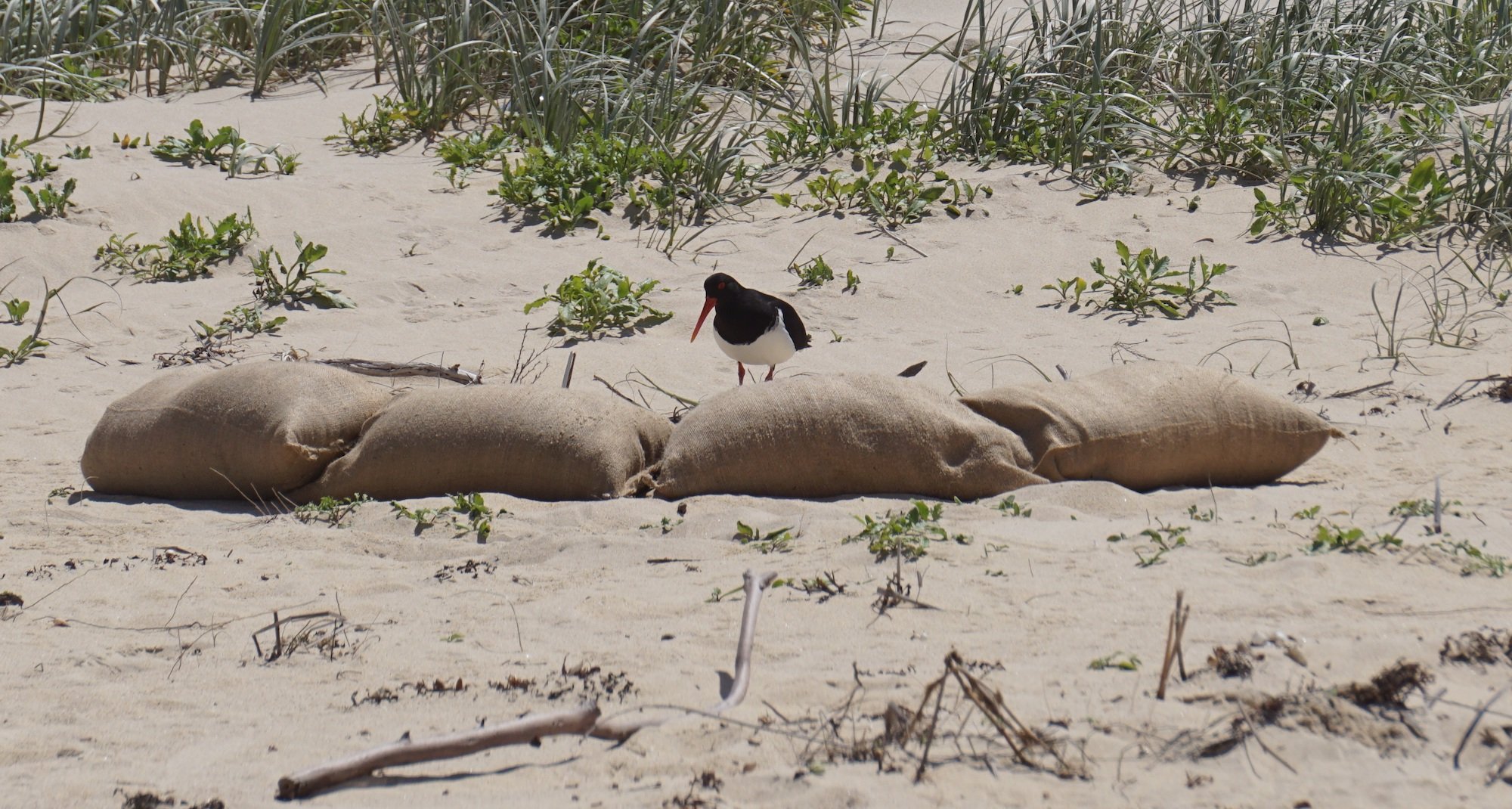 Our primary goal each season is to have adult pairs of both pied oystercatcher and hooded plovers nest, produce young, then have these young survive through until they reach flight age, meaning beach risks are lessened.

Currently, the sooty oystercatcher is not monitored.

Cave Beach in Booderee is the most northern nesting location for the hooded plover. Unfortunately, there were no fledglings this season though there were attempts by the adult hoodies. 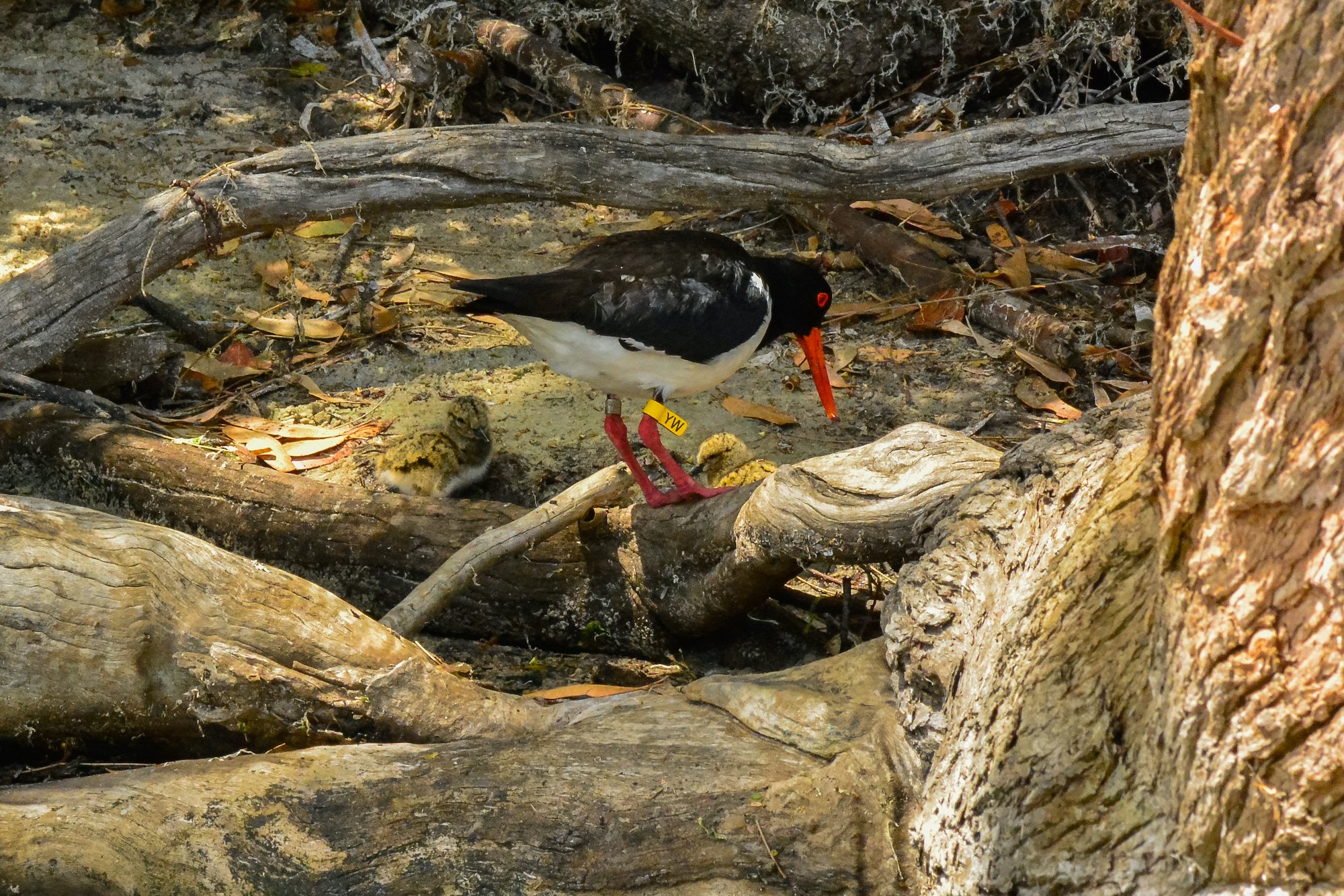 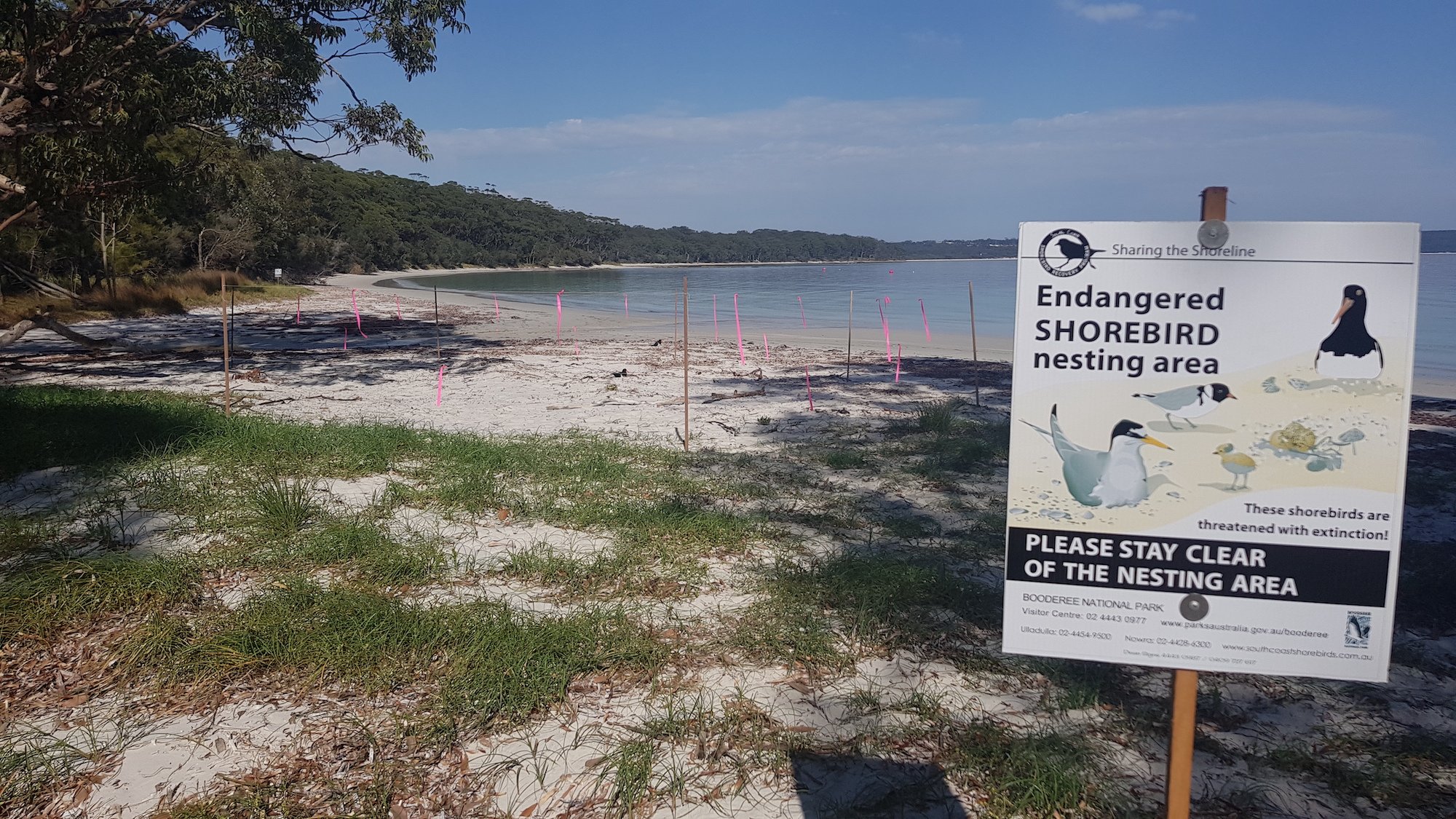 Signage warning visitors to be careful and vigilant near nests of vulnerable and endangered shorebirds at Booderee. Credit: Parks Australia