Kakadu is rich in bush foods if you know where to look. Here are some of our favourites.

We call fruit and vegetables ‘anme’ and include honey and ant eggs in this category.

This fruit is also known as the billygoat plum. The tree starts flowering in kunumeleng (pre-monsoon season), providing nectar for birds, bees and bats. The small green fruits are ready to eat in bangkerreng (storm season) and are a great source of vitamin C. 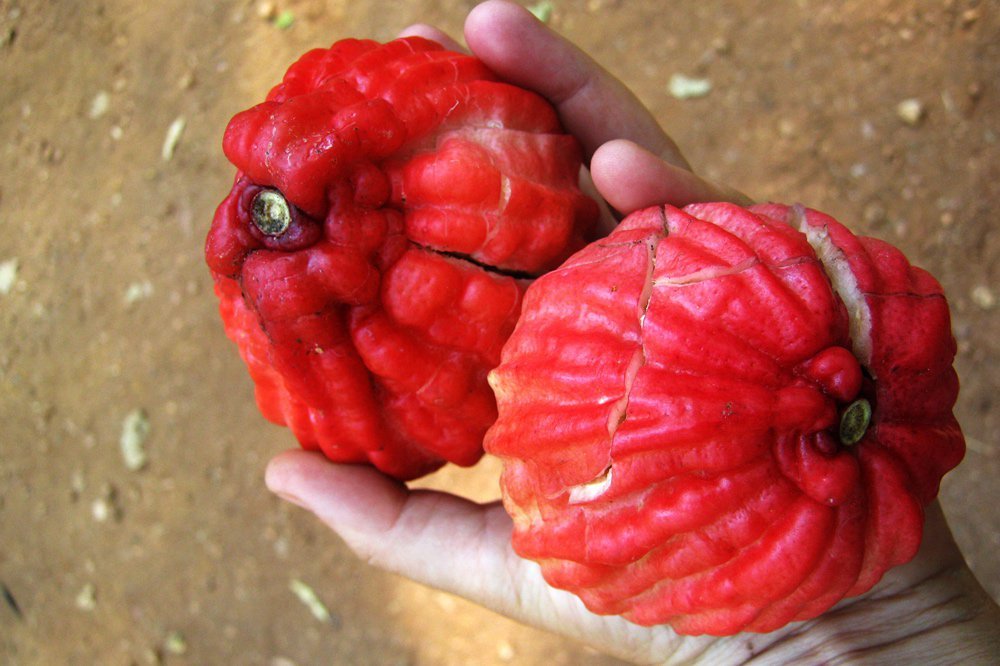 Andjarduk start fruiting in kunumeleng (pre-monsoon season) and are ripe in the tropical summer.

We throw sticks up into the tall trees to knock down ripe apples that haven’t fallen to the ground yet. 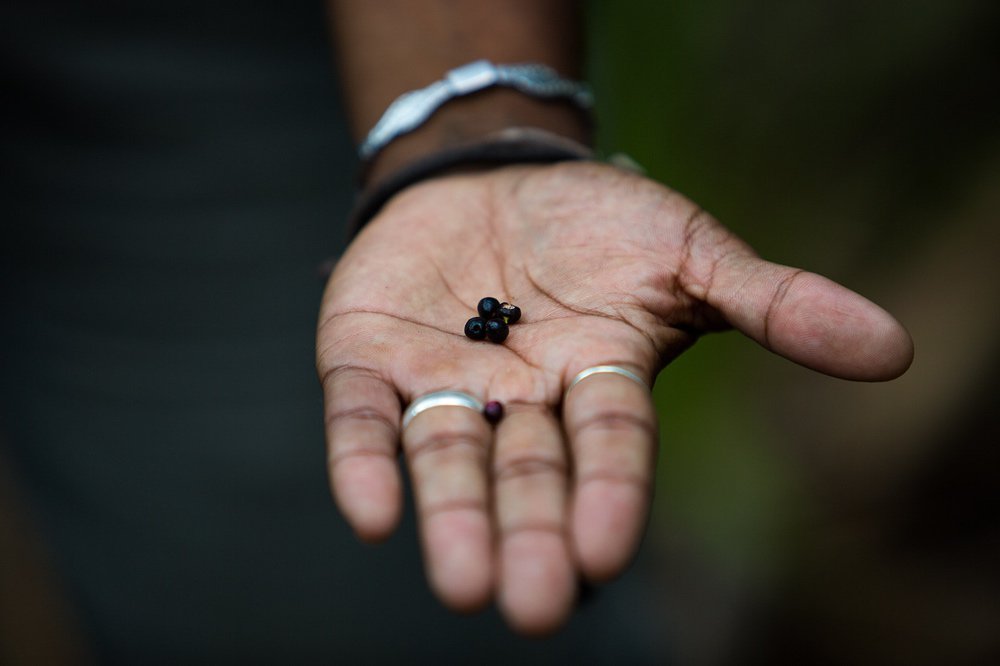 During kudjewk (our monsoon season), countless berries grow on these small trees and shrubs near freshwater streams. When the berries turn black they are ripe and delicious to eat.

We also boil the berries to extract their vibrant purple colour, which is used to make baskets from pandanus and kurrajong fibres. 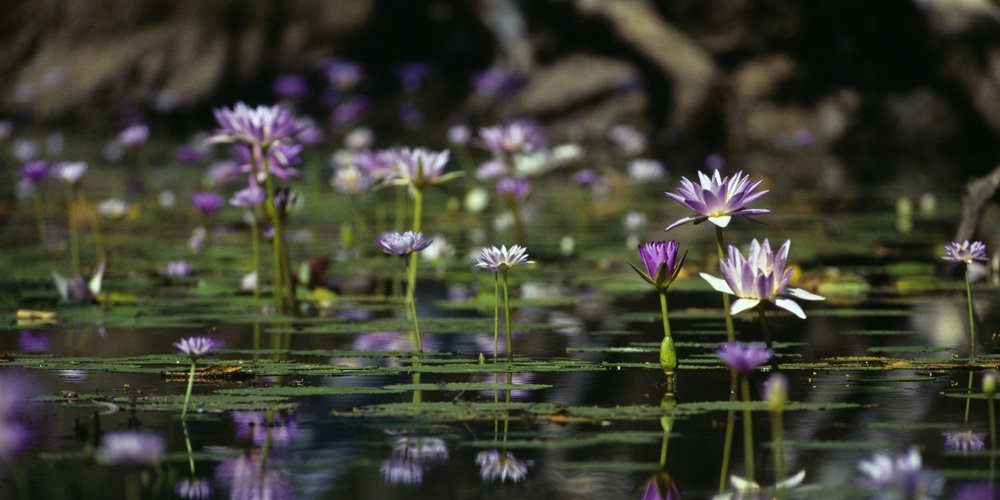 The edible green flower stems of the water lily are called anbardmo. Hollow and juicy, they taste a bit like celery sticks.

The root tuber and its edible seeds are called mabala. We dig up these fleshy roots in kurrung (hot and dry season) and grind the starchy seeds into a paste that is used to make small cakes. We wrap the cakes in lily leaves and paperbark and bake them in a ground oven that we call gungerri. 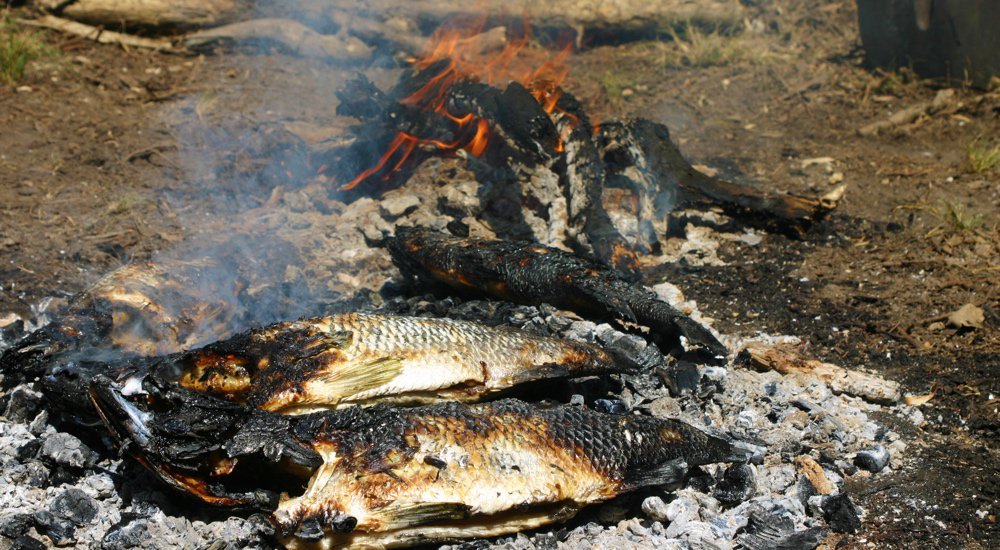 Young male barramundi live in fresh water upstream. When the fish are old enough to mate, they swim back into the estuaries where they were born. We catch them and cook them whole on hot coals.

To cook guluibirr, we stuff the gutted fish with paperbark leaves to add flavour.

Freshwater mussels bury themselves in the mudbanks of drying creeks. We look for little holes along the muddy banks and pull the mussels out to eat.

Join an Aboriginal cultural tour for a deeper insight into the traditional uses of Kakadu’s plants and animals.

We also host an annual food festival: A Taste of Kakadu. A major event on the NT food calendar, the festival boasts an array of cultural activities and sees some of Australia’s best chefs putting their own twist on traditional bush tucker.