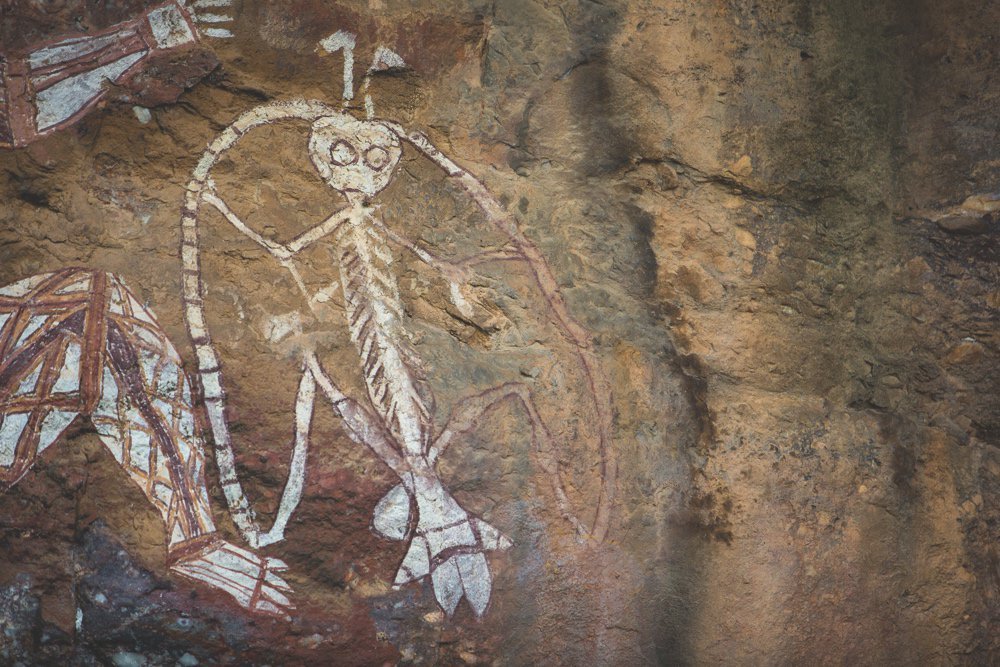 This rock art depicts Namarrkon (pronounced narm-arr-gon). Namarrkon is an important creation ancestor who is responsible for the violent lightning storms that occur every tropical summer.

The band running from Namarrkon’s left ankle to his hands and head and down to his right ankle represents the lightning he creates. He uses the axes on his head, elbows and feet to split the dark clouds and make lightning and thunder.

Namarrkon’s story in this area is part of a larger story. It covers his journey from the coastline of the Coburg Peninsula to a rock shelter in the sandstone country of the Arnhem Land plateau, where he remains today. During his travels, Namarrkon left his power behind at many places.

On Namarrkon’s last journey, he approached the Arnhem Land escarpment from the east and looked over the sheer wall. He took out an eye and placed it high on the cliff at Namarrkondjahdjam (Lightning Dreaming), where it sits waiting for the storm season. Lightning Dreaming can be seen from Kunwarddewardde lookout on the Burrungkuy (Nourlangie) main gallery and shelter walk.

During the buildup to the tropical summer, Kakadu is visited by huge numbers of Namarrkon’s children – the alyurr, or Leichhardt’s Grasshopper. Feeding on the pityrodia plant, the alyurr call to their father, who answers with powerful storms and lightning displays. 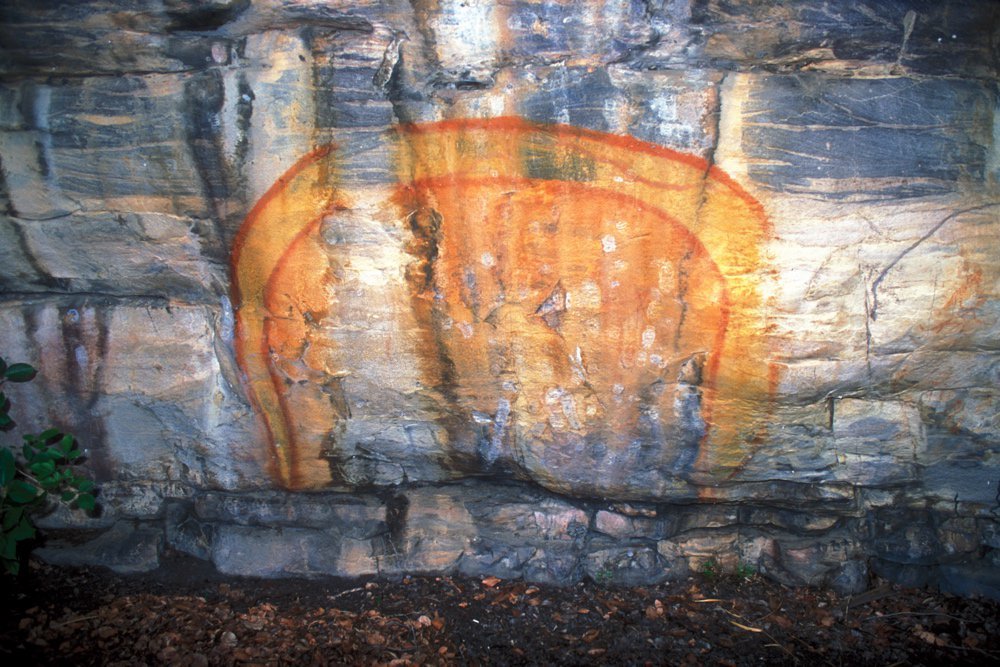 The Rainbow Serpent is another major creation ancestor.

She created waterholes and rock passages in the Kakadu landscape, helping form the habitat for all beings. She is also a part of the seasonal changes and the lifecycle of plants and animals.

Many of the stories and sites associated with the Rainbow Serpent are linked to water and the places where she travelled across country creating features in the landscape. We believe she is still here today, resting, and should never be disturbed.

The Rainbow Serpent has many different names in the Kakadu region. Kundjeyhmi speakers in the north of the park call her Almudj, while Jawoyn speakers in the south say Bolung.

The Kakadu National Park logo depicts the Rainbow Serpent. We chose it to represent our local Aboriginal people and the broader Aboriginal community. It symbolises cultural unity across the many clans and languages in our region.

The Rainbow Serpent’s image is a constant reminder of her power and presence and a reminder of our obligations to care for country.

You can hear more stories from the Creation Time at Kakadu’s Warradjan Aboriginal Cultural Centre.