Exclusion zone set up for humpback whale at Kakadu 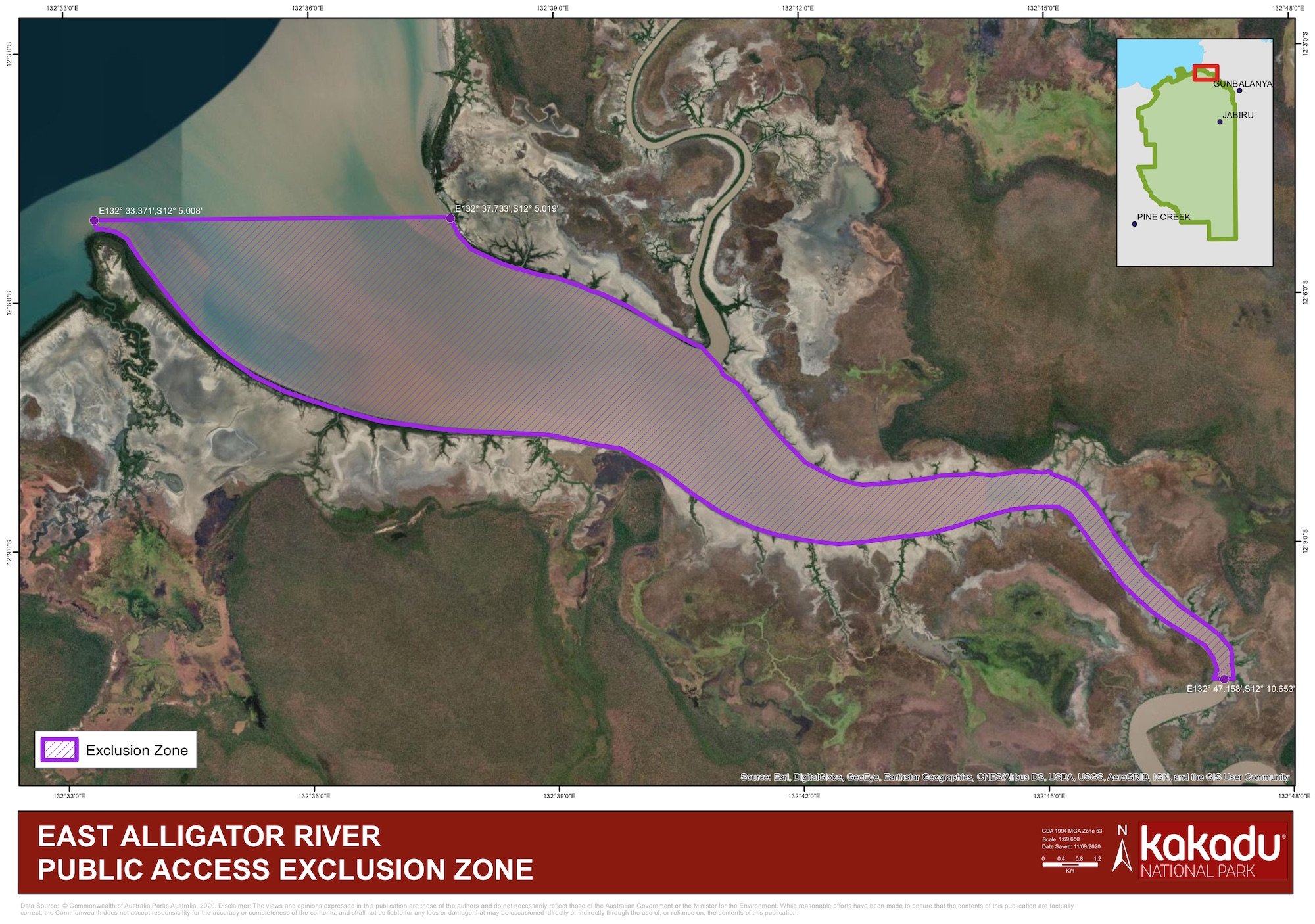 Earlier this week we became aware of a very unusual event at Kakadu National Park - three Humpback Whales had entered the East Alligator River. As far as we’re aware, this is the first time this has happened.

Kakadu National Park staff are monitoring the situation and working with NT government authorities to gather data on this unusual event, an expert working group has been set up to monitor the whale and prepare plans for intervention if required. As of Thursday, it appears that only one whale remained in the river.

We have put an exclusion zone in place from the mouth of the East Alligator River to a point approximately 30kms upstream (see map) for the welfare of the whale and for the safety of people who may have been considering going to the area by boat. The last thing we want is a collision between a boat and whale in waters where crocodiles are prevalent and visibility underwater is zero. We also don’t want boats to inadvertently force the whale further up the river.

The whale is not in distress at the moment and it is not an emergency situation. The best case scenario is for the whale to make its way back out to sea. Kakadu National Park and NT Government scientists will continue to monitor the whale in the coming days.

We appreciate that this is a very unusual and exciting event, however, our priority at present is to ensure the safety and wellbeing of visitors and the whale.