Commonwealth Government representatives and the Director of National Parks Jody Swirepik joined Traditional Owners on Saturday, 26 June 2021 in a ceremony to hand over the Kakadu township of Jabiru to the Mirarr People.

The township of Jabiru was originally built to support the Ranger uranium mine. It will now become a hub to support Kakadu tourism with significant investment from the Federal and Northern Territory Governments.

The formal handover represents months of good faith negotiations by all parties and reflects a long-term government commitment to return the town to Traditional Owners.

“The handing back of the Jabiru township to the Mirarr Traditional Owners recognises our land rights here and will give us a foundation for economic independence,” Ms Margarula said. 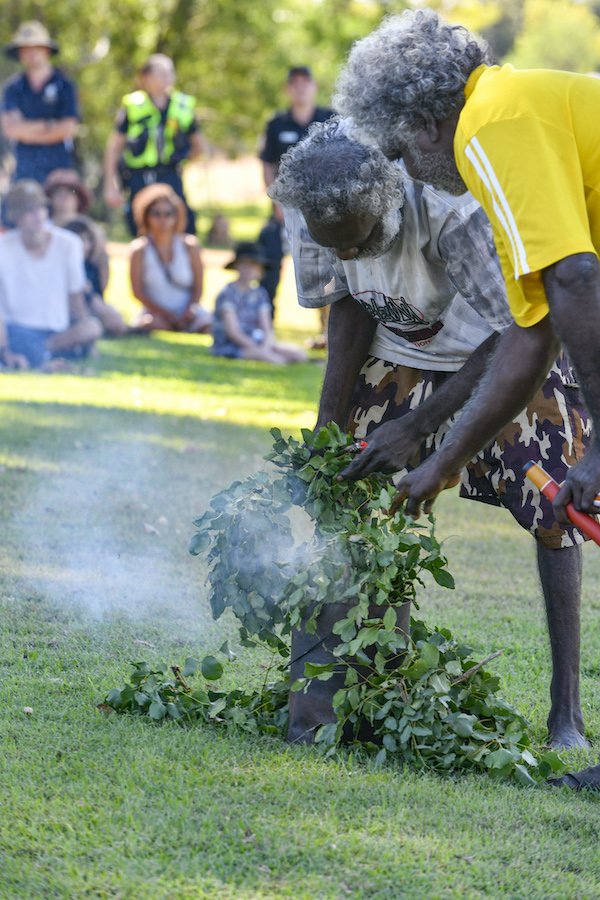 Smoking ceremony at the township of Jabiru handover

The Jabiru township was established nearly 40 years ago to provide housing and services to support the adjacent Ranger Mine, which ceased operations in January 2021.

Jabiru will grow as a tourism and regional services hub for Kakadu and the West Arnhem region. To secure this future and support these communities, a Memorandum of Understanding was signed in 2019 between the Australian Government, the Northern Territory Government and Energy Resources Australia, with a vision of retaining Jabiru as a services and tourism hub for the surrounding region.

In 2018 the Mirarr Traditional Owners celebrated the recognition of their native title rights and interests over Jabiru under Australian law. Acknowledging the resolution of the native title claim, the Commonwealth remained committed to Jabiru becoming Aboriginal land.

The Australian Government will invest $35 million directly into Jabiru for a range of remediation measures to support the long-term future of the town, as well as a range of beautification projects such as improvements to the town plaza and bus shelters, upgrades to the lake park and pool, construction of a new carpark, and commissioning of public artwork from local artists.

This investment is part of the Australian Government’s $276 million investment into revitalising Kakadu National Park through new and upgraded tourism infrastructure and improved roads and access.