This content may have been superseded, or served a particular purpose at a particular time. It may contain references to activities or policies that have no current application. Many archived documents may link to web pages that have moved or no longer exist, or may refer to other documents that are no longer available. 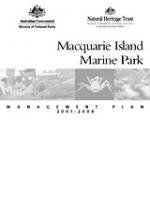 About this management plan

This the first management plan for Macquarie Island Commonwealth Marine Reserve, which expired on 25 September 2008.

The Macquarie Island Commonwealth Marine Reserve (the Reserve) is part of the National Representative System of Marine Protected Areas (NRSMPA).

Delivery of the NRSMPA is a major focus of Australia’s Oceans Policy.

This draft Plan assists in fulfilling Australia’s responsibilities under the 1982 United Nations Convention on the Law of the Sea (UNCLOS).

The establishment of the Reserve assists Australia in meeting its obligations under the Convention on Biological Diversity, the World Heritage Convention, the Convention on the Conservation of Migratory Species of Wild Animals (Bonn Convention) and the International Convention for the Regulation of Whaling.

The Reserve lies just outside the area covered by the Convention on the Conservation of Antarctic Marine Living Resources (CCAMLR).

However, Australia must harmonise with CCAMLR measures, with any conservation measures for harvesting in areas adjacent to the area covered by CCAMLR, and must also ensure any harvesting is conducted in a responsible manner.

Under the EPBC Act, administration, management and control of Commonwealth reserves is the responsibility of the Director of National Parks.

The Director’s functions and powers in relation to the Reserve have been delegated to the First Assistant Secretary, Marine and Biodiversity Division, Department of the Environment, Water, Heritage and the Arts.