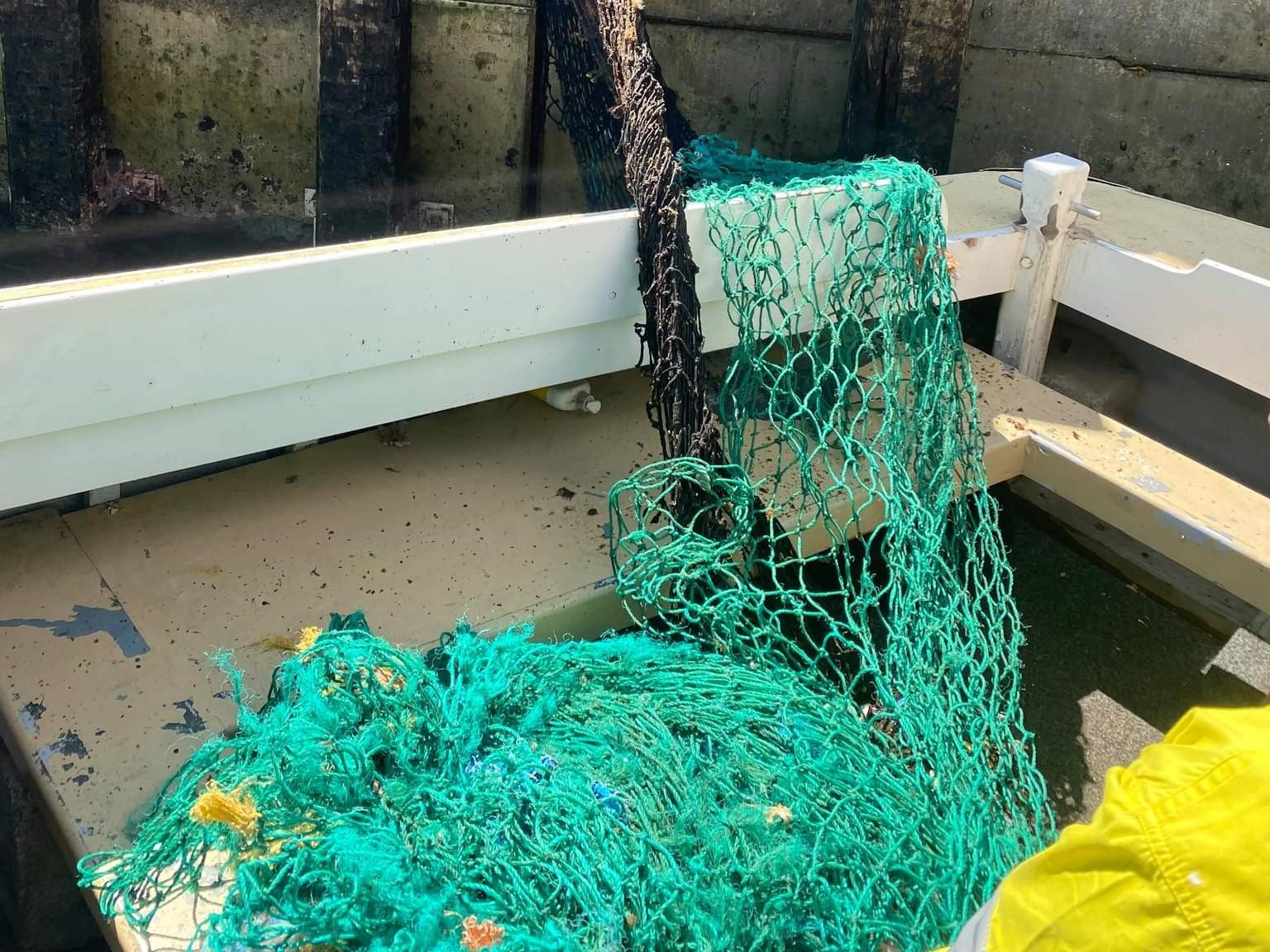 The net was actually several nets stitched together and included seven buoys, and several sea creatures.

Lilli King took images of the sea creatures and they’ve been sent to the Northern Territory Museum and Museums Victoria for identification. Experts have confirmed that the crabs, barnacles and molluscs are very unlikely to be a biosecurity risk for Norfolk Island.

Dr Richard Willan from the Northern Territory Museum provided the following information about some of the marine molluscs found on the net.

The Lepas sp. or goose barnacle found on the net is not the cool-temperate southern Australian Lepas australis, so it has to be one of the several warmer water Lepas species. This barnacle would have come from warmer waters to the north or northeast of Norfolk Island. 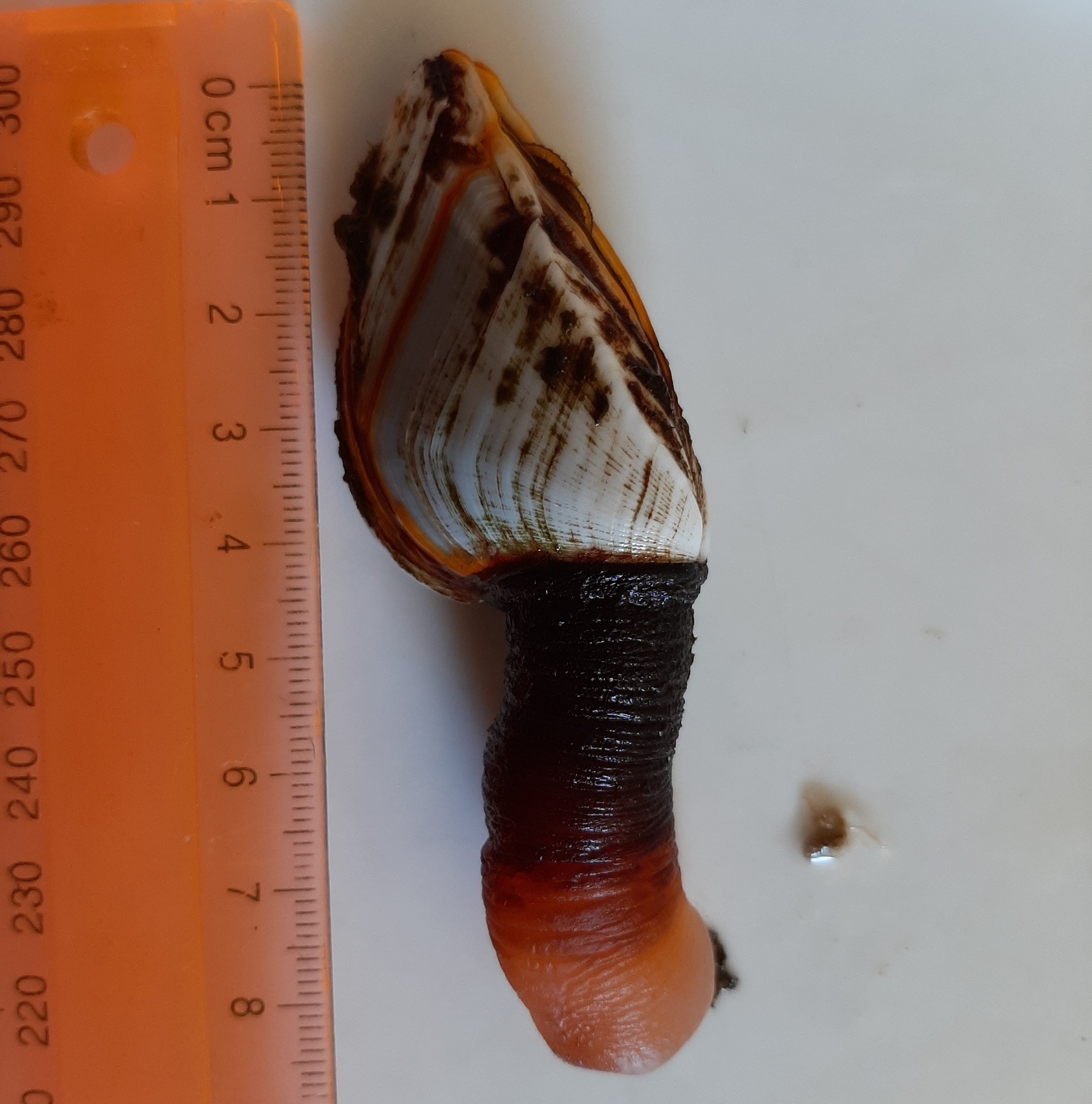 The 3 – 4-week-old juvenile cowrie shown in the image below would probably have been derived as a larva from warmer waters to the north or northeast of Norfolk Island. Dr Richard Willan thought it was likely that this specimen is probably an Eroded Cowrie (Erosaria erosa), which is found on Norfolk Island along with 10 other cowries. 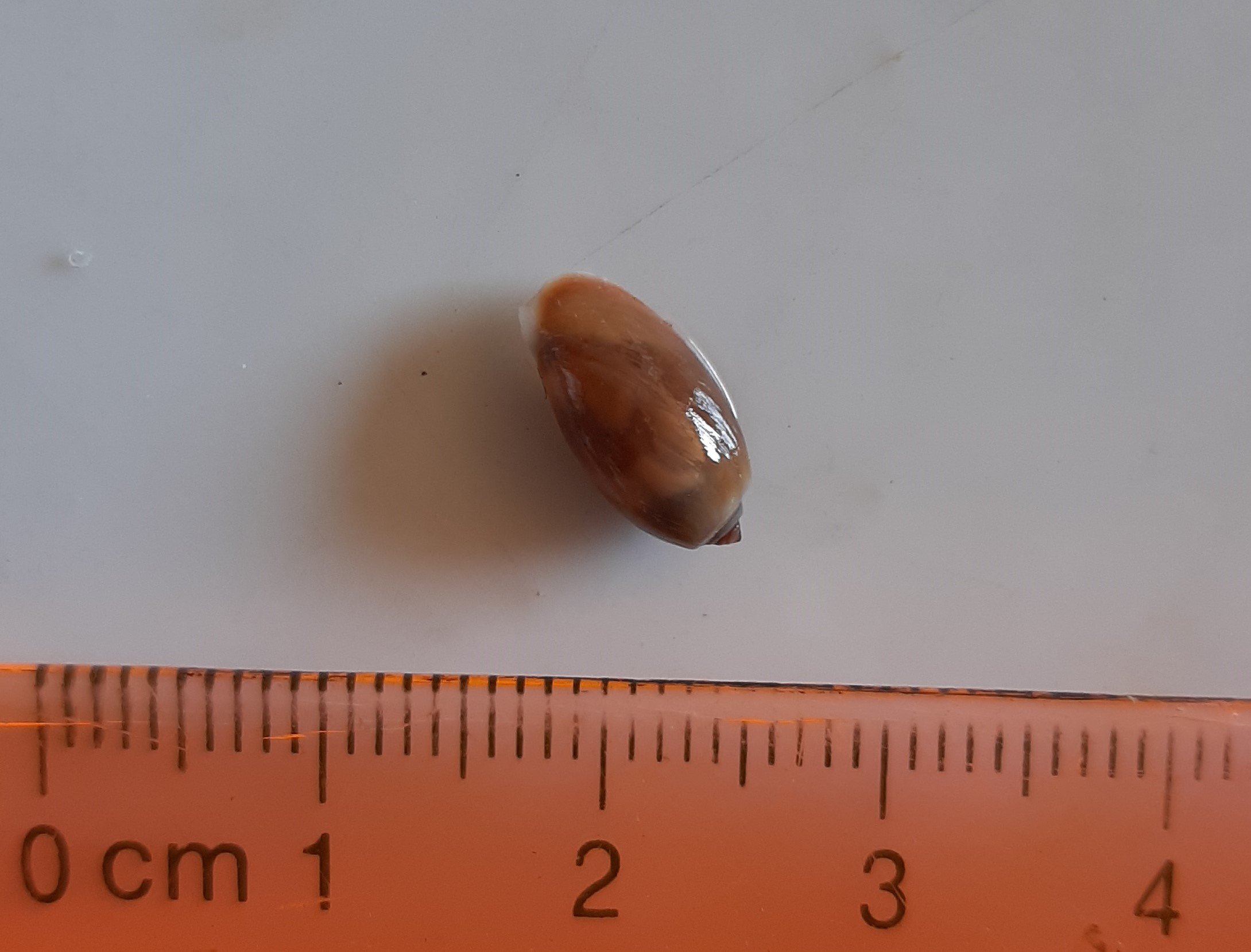 The juvenile Rough Pen Shell (Pinna muricata) pictured below is no more than a month old. This species is not found on Norfolk Island because there are no suitable soft substrates around Norfolk Island for them to live in. 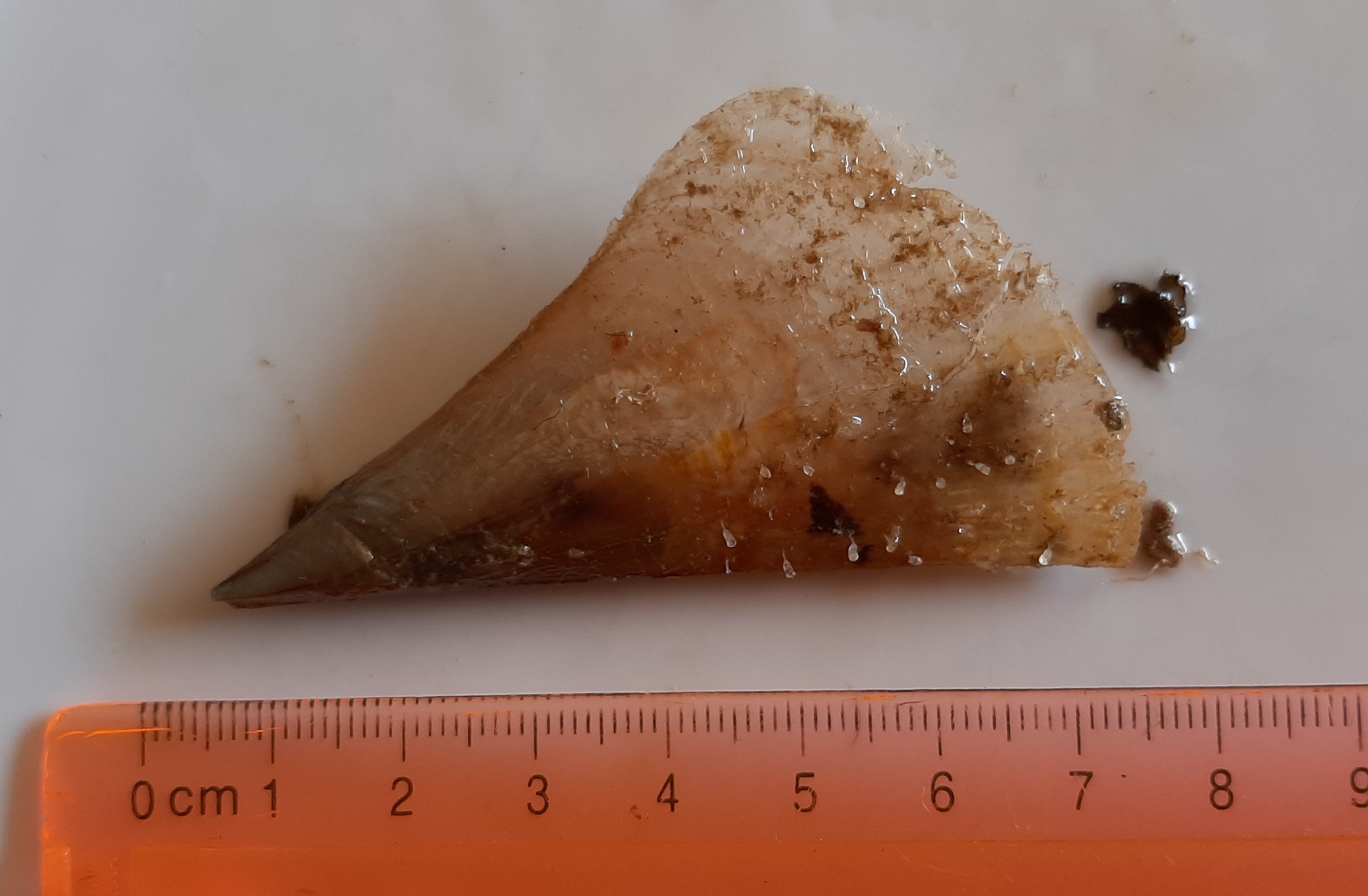 The Principal Curator Emeritus (Marine Biology) at Museums Victoria, Dr Gary Poore identified the crab in the image below as a Plagusia species, or rafting crab, which is often found living on flotsam and even pelagic marine animals. 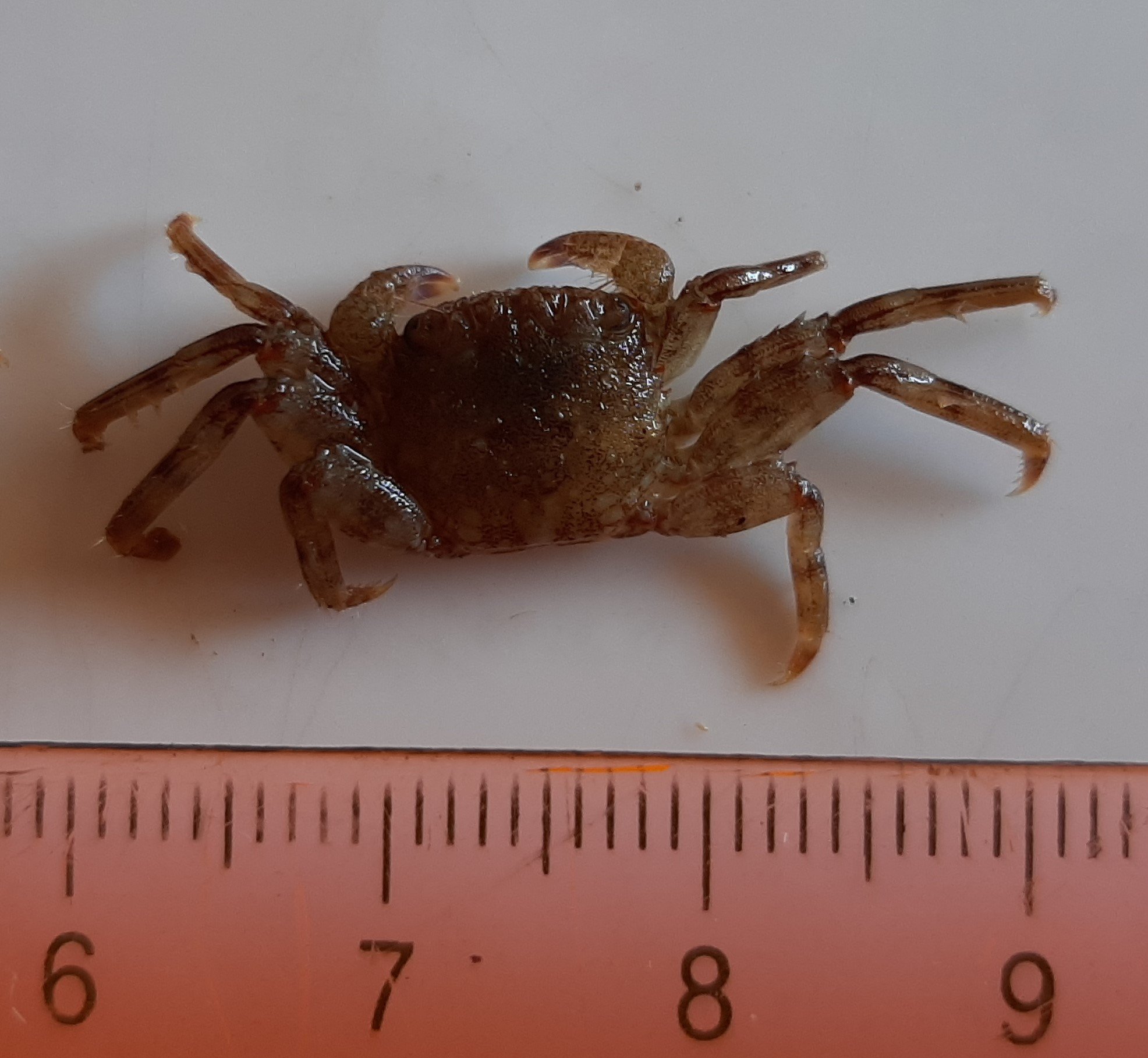 Based on the age and variety of sea creatures found on the net, it was estimated that the net would probably have been lost in the Coral Sea between 4 - 6 weeks ago.

Lost or abandoned fishing nets, or ‘ghost nets’, add thousands of tonnes of plastic to the marine environment every year and can entangle marine wildlife (including turtles and dolphins), damage reefs and spread marine pests from one country to another.

If you find a ghost net in the Norfolk Marine Park, please note it’s location and, if it is safe to do so, retrieve it. This will limit the possibility of spreading marine pests from the net to the marine environment. While drying it out, please ensure that birds can’t forage on any attached creatures, as that can enable the spread of pests to the ocean. The net can then be disposed of responsibly at the waste management centre or put to good use around the home or in the garden.

Thank you to Nic Johnson, Nicky Quintal, Matt McConnel and Glenn Evans from NIRC for helping to protect marine wildlife by retrieving the net, and to Lilli King and everyone else involved in identifying the molluscs, crabs and other sea creatures to ensure they were not a biosecurity risk.