Scientists have captured unprecedented detail and imagery of the underwater landscape beneath the waves off Norfolk Island through the Norfolk Island Nearshore and Coastal Habitat Mapping project, which is funded through Parks Australia and the Australian Government’s, Our Marine Parks Grants Program. 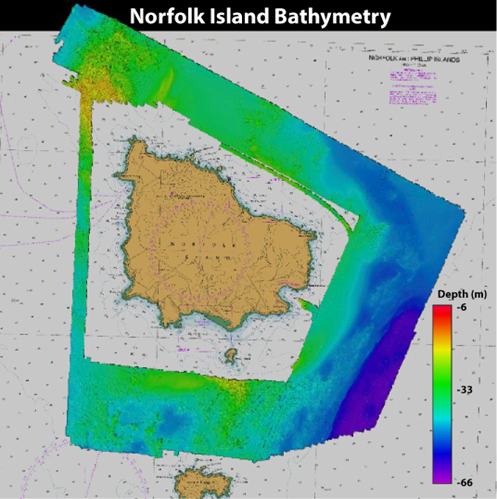 Using state-of-the-art sonar equipment, a team from iXblue and Deakin University’s marine mapping group has mapped the seafloor in the Norfolk Marine Park in high-resolution. The mapping and imagery revealed a complex seabed of deep reefs and dune systems that have been sustaining life for a diverse range of fish and other marine species for millions of years.

Researchers believe the area is an important hotspot for marine biodiversity, including habitats supporting deep water corals, sponges, and diverse communities of fish and other marine species.

“The information we have gathered so far is not only critical to our understanding of the marine park, but it will also help Parks Australia to target future research and management efforts,” says Dr. Johnstone. 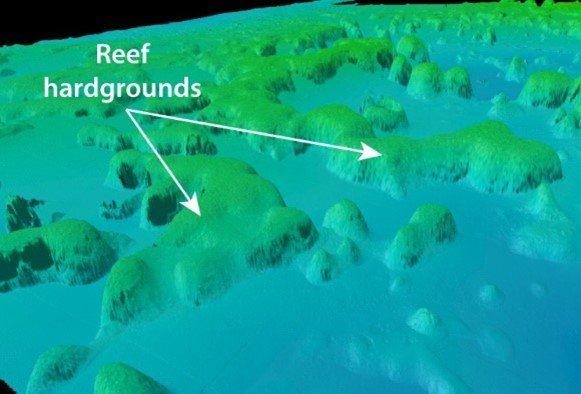 Dr. Johnstone will return to Norfolk Island in the future to conduct further studies on the coastal zone and nearshore areas with researchers from the University of Wollongong and Tellus 4d Geoimaging. The project team is looking forward to sharing the early results of the project with the community.

Project partners from the Norfolk Island community will also be involved in the nearshore work as part of the Nearshore Marine Habitat Mapping Project managed by Kellie Pendoley (nee Lorking), also funded through the Our Marine Parks Grants Program (OMPG).

Jim Castles, Norfolk Marine Park Project Officer from Parks Australia, said the mapping will help to link the onshore geology on Norfolk Island to the offshore marine habitats and produce detailed maps of the ecosystems present in Norfolk’s waters.

“The mapping will help Parks Australia manage Norfolk Marine Park by locating particularly sensitive or biodiverse habitat areas around Norfolk Island. This will give us a much better understanding of the range of biological communities surrounding Norfolk Island and their distribution and abundance and help guide future management of the Norfolk Marine Park,” said Mr Castles.

“The maps and other information gathered as part of the project will also be an excellent resource for the Norfolk Island community”.

The 58 marine parks around Australia managed by Parks Australia play a vital role in protecting our unique and precious offshore marine environment.

As part of the same project, a research partnership between iXBlue, Deakin University and Parks Australia allowed marine scientists to capture interesting video footage of fish and other marine creatures living on the seafloor of Norfolk Island.

Video footage data captured by the cameras will be combined with the seafloor mapping data to draw a complete picture of marine life and habitat variability in the Norfolk Marine Park.

The video footage is part of a project to understand the links between the characteristics of the seafloor habitat and communities of marine species across Australia’s 58 marine parks. 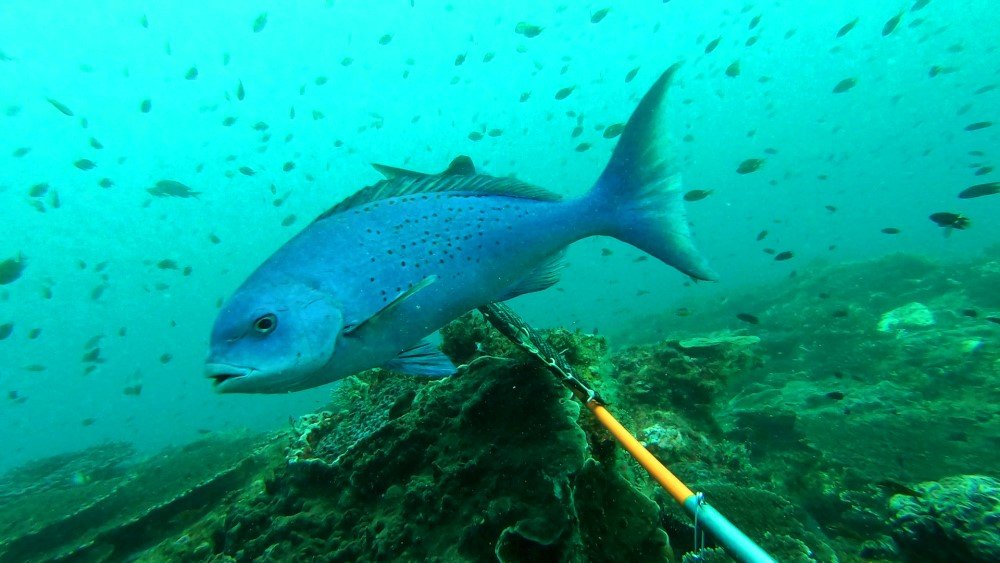 Blue Drummer image from a BRUVS near Norfolk Island.

Deakin University Associate Professor of Marine Science, Dr Daniel Ierodiaconou said the areas along the seafloor are of great interest as they attract certain species of fish and other sea creatures. 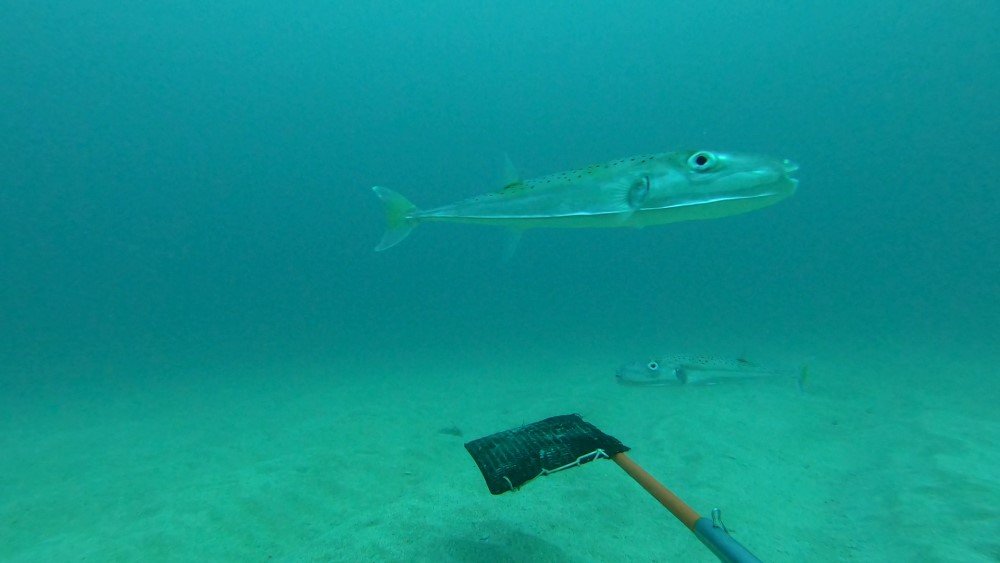 Silver Toadfish image from a BRUVS near Phillip Island.

The project uses underwater video cameras called BRUVS (Baited Remote Underwater Video Stations) that are dropped from a boat to the seafloor where they document the number, abundance, and size of different marine species using stereo vision.

“The BRUVS allow us to see what is happening underwater and gain a better understanding of the marine ecosystem,” said Dr Ierodiaconou.

“This project will provide valuable insights on where fish and other marine species live, quantities, size distribution, habitat preferences and how they interact with other species across different habitats around Norfolk Island. Projects like this one help us build knowledge of life under the surface in our marine parks and provide up to date information to support marine park management.”