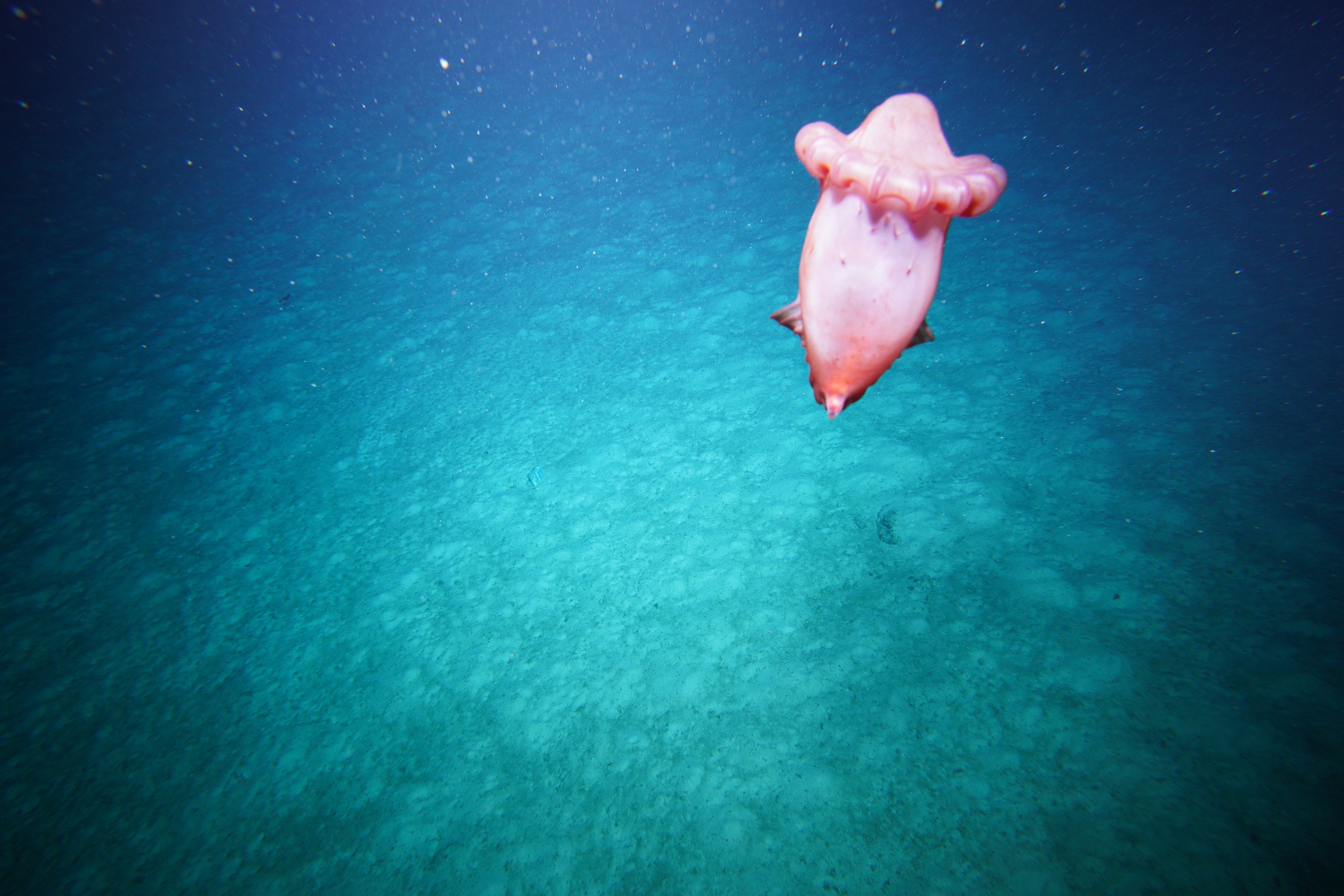 Deep-sea viperfish, goosefish, blind lobsters and headless chicken monsters – these are just some of the mysterious marine creatures that students encountered in the depths of the wild, remote Indian Ocean.

Fifty scientists, technical staff and crew have docked in Fremantle after living and working on the 94-metre-long, 10 storey high science ship for more than 35 days, covering more than 3,600 kilometres. The team – led by Museums Victoria Research Institute – have spent over a month undertaking deep sea surveys and mapping.

As part of the voyage, Australia largest species discovery program Bush Blitz set up a ‘floating classroom’. Primary and high students from 27 schools from Tasmania to the Torres Strait have been learning about the deep-sea, and life on a big research ship.

The Cocos (Keeling) Islands Marine Park is six kilometres deep in places so very few scientists have the opportunity to study the kind of amazing animals that live in these deep seas. There’s no natural light below 1000m, and at 4000m below sea level, the water temperature can be 2°C, so some of the creatures truly look like they’re from another world!

Bush Blitz crossed to primary schools from near Alice Springs to Norfolk Island to the nearby Cocos (Keeling) Island school - to a school in Adelaide, where more than 80 students watched on from their gymnasium.

The voyage findings will deliver valuable insights to help manage these remote marine parks and their unique biodiversity.

Scientific research and data underpin management of all Australian Marine Parks. At over 744,000 square kilometres - or twice the size of the Great Barrier Reef Marine Park – the deep and remote areas of the new Christmas Island and Cocos (Keeling) Islands marine parks were relatively unexplored until now.

The school and community engagement delivered in real time using the Investigator’s modern technology shows the importance and wonder of these remote parts of Australia into the lives – and classrooms – of Australians.

Bush Blitz is a partnership between the Australian Government, BHP, Parks Australia and Earthwatch Australia.

The Indian Ocean Territories voyage concluded in Fremantle on 3 November. Images from the Bush Blitz live streaming sessions can be found here.

This research was supported by a grant of sea time on RV Investigator from the CSIRO Marine National Facility.